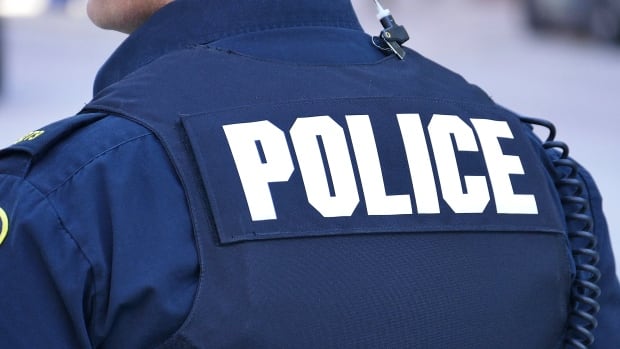 Police found approximately $150,000 in stolen items from a residential property in Winnipeg’s North End on Friday, according to a news release on Sunday.

On Friday afternoon, officers attended a house on Pipeline Road between Templeton Avenue and Mollard Road after receiving a report of suspicious activity.

They found a man asleep at the wheel of a truck that had been reported stolen Aug. 21 in Whitemouth, Manitoba, and arrested him, police say.

Police said they later found a host of other stolen items stored on the man’s property, including a Mercedes Benz sedan, three camping trailers, a Sea-Doo with its trailer, a utility trailer, a motorcycle, a children’s quad and a Caterpillar skid steer loader.

A 36-year-old Winnipeg man has been charged with more than 10 offences, including five counts of possession of property obtained by crime over $5,000 and two counts of breaching a probation order.

He was taken into custody.

A man who police believe is responsible for a string of business robberies dating back to July has been arrested.

Police said in a news release on Sunday that they began investigating the incidents earlier this month.

A Winnipeg man reportedly stole 74 disposable nicotine vaporizers on July 18 from a property on Regent Avenue, between Panet Road and Lagimodière Boulevard.

Five days later, police say the man broke into a property on Scurfield Boulevard between Kenaston Boulevard and Dovercourt Drive and took a Samsung cell phone and $100 cash.

Two days later, police said the man stole an additional $560 in cash and four vape pens from a property on St. Anne’s Road between Warde Avenue and Southglen Boulevard.

Two paintings worth about $5,000 each were stolen from a property on York Avenue between Garry and Main streets after the man broke in between Aug. 2 and Aug. 10, a said the police.

He returned to the same property on September 18 and stole two televisions and beer, the statement said.

On October 11, the man reportedly broke into a property on Henderson Highway between Frasers Grove and Roberta Avenue and stole a safe with $2,700 in cash before fleeing on a bicycle.

A signed Winnipeg Jets jersey and cash, with a total value of about $600, were taken in a burglary on Queen Elizabeth Way between Mayfair and Stradbrook avenues on Nov. 6, reports said. the police. On the same day, the man allegedly broke into a property on Marion Street, between St. Mary’s Road and Traverse Avenue, and pocketed $200 from a cash register.

The man again broke into the York Avenue property on November 7 and 8, police said, and let others in. Two television sets and 50 industrial baking sheets, worth approximately $3,900, were stolen.

After an investigation, police arrested a 34-year-old Winnipeg man at his home on Thursday.

Public Information Officer Cst. Claude Chancy said on Sunday that the man had used “various means” to enter the properties.

The man faces nine break and enter charges and has been detained.

Many items believed to have been stolen from the York Avenue property were found and returned.

Police are asking the public to be sure to register and register the serial numbers of vehicles and trailers, including powersports and leisure products. Serial numbers for household products, such as electronics, power tools, bicycles, and jewelry should also be documented.

“At the very least, you can actually record the serial numbers for these items, even on a document you wrote yourself,” Chancy said.

“So you have proof that you owned this property and in the event the Property Crimes Unit investigates…it could be linked to the rightful owner.”