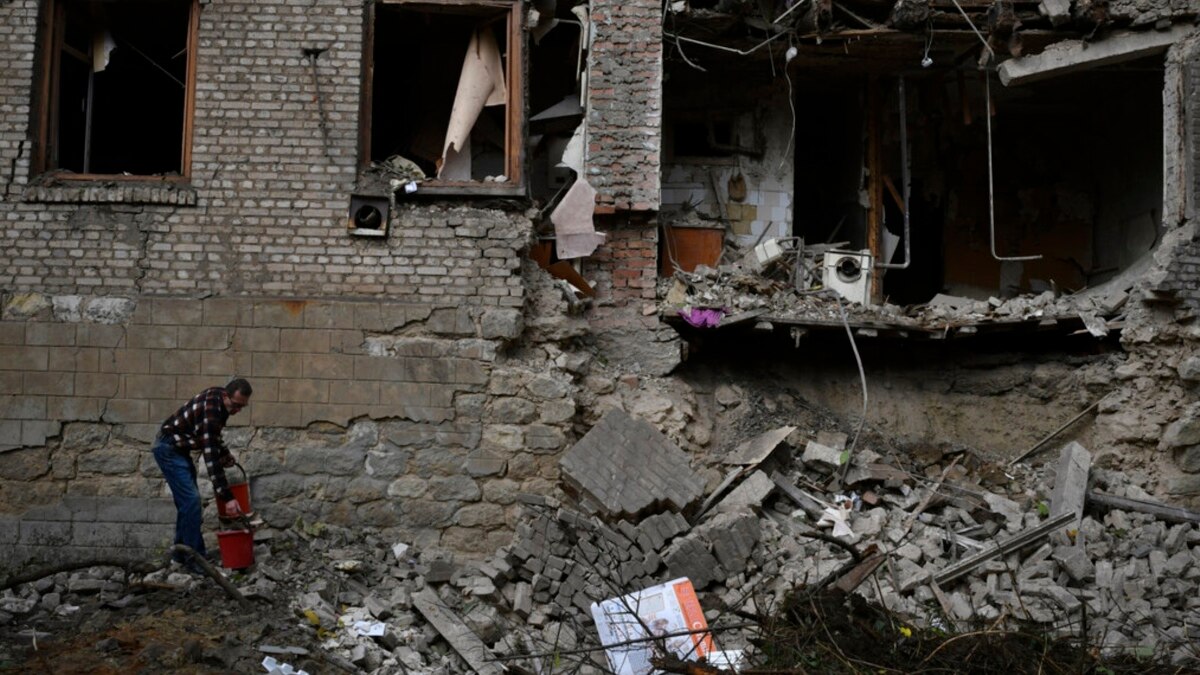 US announces additional $725 million in military aid to Ukraine

The United States will send $725 million in military aid to Ukraine, the White House announced on Friday, the latest US security plan to help Kyiv and the first since Russia’s widespread missile attacks on the civilian population. Ukrainian.

US officials said the aid package did not include significant new capabilities or air defenses. Instead, it is focused on resupplying Ukraine with ammunition and weapons that Kyiv has successfully used in its counteroffensive against Russia.

“The capabilities we provide are carefully calibrated to make the most difference on the battlefield for Ukraine,” US Secretary of State Antony Blinken said in a statement Friday.

Russian forces continued to shell Ukrainian cities on Friday, launching at least four missile strikes on Kharkiv, the second-largest city, as Ukraine retaliated by firing artillery inside Russia and striking an ammunition depot.

Multiple explosions were reported at the facility in Russia’s Belgorod region on Friday. The regional governor announced the attack on the social media site Telegram. Ukrainian officials have not claimed responsibility for the attack.

The fighting in Ukraine comes as Russian President Vladimir Putin has defended recent moves to escalate the war by deploying more troops to the country.

Putin said on Friday that there was no need for further massive strikes against Ukraine and that Russia was not seeking to destroy the country. At the same time, the Russian leader claimed he had “no regrets” about the war in Ukraine and the recent mobilization of 222,000 Russian reservists to fight in the conflict.

At a Friday press conference in Astana, Kazakhstan, Putin said Russia should be done calling up reservists in two weeks. Russia’s Defense Ministry set a goal last month to mobilize 300,000 reservists, sparking opposition in Russia and driving tens of thousands out of the country.

Putin said 33,000 of the new recruits joined military units and 16,000 are deployed for combat.

Despite the rising death toll, Putin told reporters his actions to launch what he calls a military offensive in Ukraine were “timely and right”.

Ukrainian President Volodymyr Zelenskyy said in his overnight address on Friday that Russia was in an “atmosphere of despair”.

“Yes, they still have people to throw on the battlefield, they have weapons, missiles and ‘shaheds’ [Iranian drones]they are using against Ukraine.”

On the battlefield, the Ukrainian military said it had recaptured more than 600 settlements from Russian forces in the past month, according to the Ministry of Reintegration of Temporarily Occupied Territories.

The ministry said 43 settlements had been liberated in the Donetsk region and seven in the Luhansk region.

“The area of ​​liberated Ukrainian territories has increased significantly,” the ministry said in a statement posted on its website. The report could not be independently verified.

On Friday, Russian-backed authorities in Ukraine’s occupied southern Kherson region urged residents to evacuate to Russia. Vladimir Saldo, the Russian-appointed head of the region, has asked Russia for help with the evacuation. This decision indicates that Ukrainian forces are closing in on the illegally annexed region.

In other developments, the United States has warned that it may impose sanctions on people, countries and companies that supply Russia with ammunition or support its military-industrial complex, as Washington seeks to increase pressure on Moscow about the war in Ukraine.

Deputy Treasury Secretary Wally Adeyemo, at a gathering of officials from 32 countries to discuss sanctions against Russia, said the department was issuing guidelines to make it clear Washington was willing and able to impose such a crackdown .

Information from RFE/RL, Reuters and The Associated Press has been used in this report.