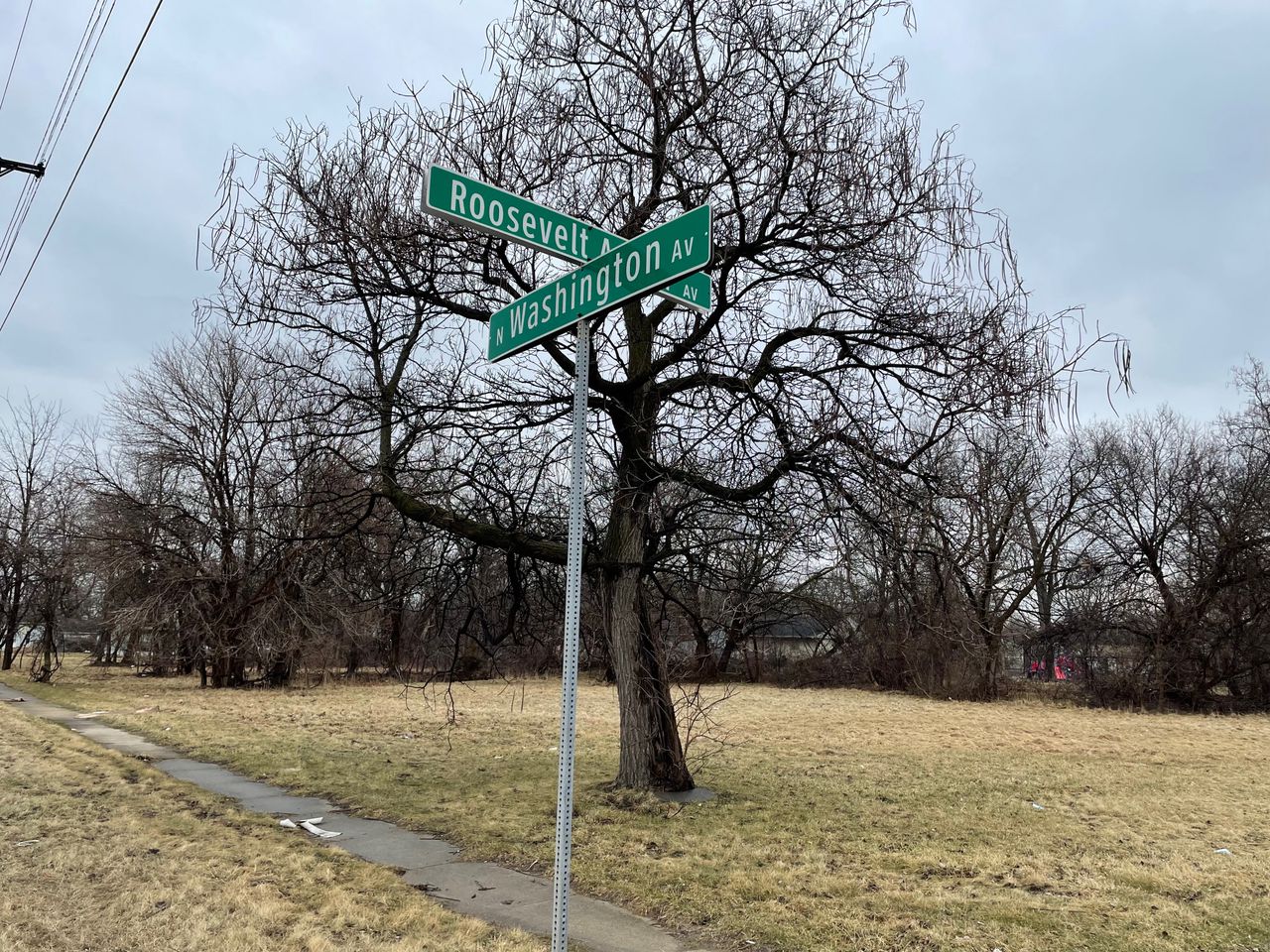 SAGINAW, MI — Members of the Saginaw City Council next month will assess the rezoning of eight blocks of a North Side neighborhood, opening up a sparsely occupied neighborhood to potential business investment.

Although there are structures – including occupied houses – much of the neighborhood being considered for rezoning includes trees, open fields, and trash that sometimes accumulates there in large amounts.

The neighborhood is part of a larger area in North Saginaw, often referred to as “the green zone,” a term that originated in a decade-old city development strategy. This old plan – designed before any of the current members of the city council or the city manager was in charge – outlined the elimination of run-down houses in favor of large open spaces with trees and plants.

In 2022, however, city planners said they are taking a more nuanced approach to developing the North Side by reconsidering how each neighborhood fits into the larger Saginaw puzzle.

For Robert Gollin, an urban planner working for Saginaw City Hall, the eight-block neighborhood along North Washington and Farwell could benefit from a zoning designation known as “light industrial.” Today, the area features a mix of residential and general commercial zoning.

“I’m looking at it from a future land use perspective and trying to do something with this area to try to create jobs and a tax base for the city,” Gollin said. “I see all the light industrial uses happening near there with the storage, and I figure that might be a good place for that to happen as well. (Rezoning) makes the area more attractive for development.

Count Saginaw Mayor Brenda Moore among officials supporting the proposal. She is a member of the planning commission that recommended and forwarded the rezoning measure to the wider council, which will vote on the matter at a meeting on Monday, April 18.

Moore said he heard citizen concerns and misconceptions about the rezoning proposal.

“If you know me, you know I’ve been fighting for this (neighborhood) since I’ve been on council,” she said. “There’s no way in the world that I’m putting them in danger; I fought for them all this time.

One of the critics of the rezoning was the only member of the Planning Commission to vote against forwarding the recommendation to the city council: Fenobia Dallas.

“I am concerned about the negative impact on the community there; there is the African-American community that has been disenfranchised for several decades,” Dallas said, explaining his vote at a Planning Commission meeting in February.

“I’m opposed to this zoning because it doesn’t sit well with me, in terms of what to do with the people who actually live in this community, where they’re now going to deal with possible light industrial businesses. I have a very bad feeling about it.”

Moore and Gollin said that despite the word “industrial” in the “light industrial” zoning, the designation does not mean officials plan to pave the road — figuratively speaking — for a large manufacturing plant in the eight-block neighborhood. of houses.

“We haven’t talked about putting another Gray Iron foundry (over there),” she said, referring to the site’s old name of Saginaw Metal Casting Operations. “That will never happen. We talked about making it an area that always includes houses, and (then) building the area regularly.

Across the road, the Saginaw Metal Casting Operations site sits on land zoned for a more intensive level of industrial work – “general industrial” is the label for its zoning – which allows manufacturing motor vehicles and parts, foundries and metal stamping, among other uses.

If council approves the rezoning, the resulting change will not displace homeowners from the neighborhood, Gollin said.

The rezoning proposal caught the attention of some residents of the district and surrounding neighborhoods. To discuss the proposal and its potential impact, four city council members accepted an invitation to a town hall-style meeting in the neighborhood. The gathering is at 5 p.m. Friday, April 1 at The Potter’s Touch Ministries, 1402 N. 6th.

It’s March, but organizers are already gearing up for a record-breaking fireworks show in Saginaw on July 4