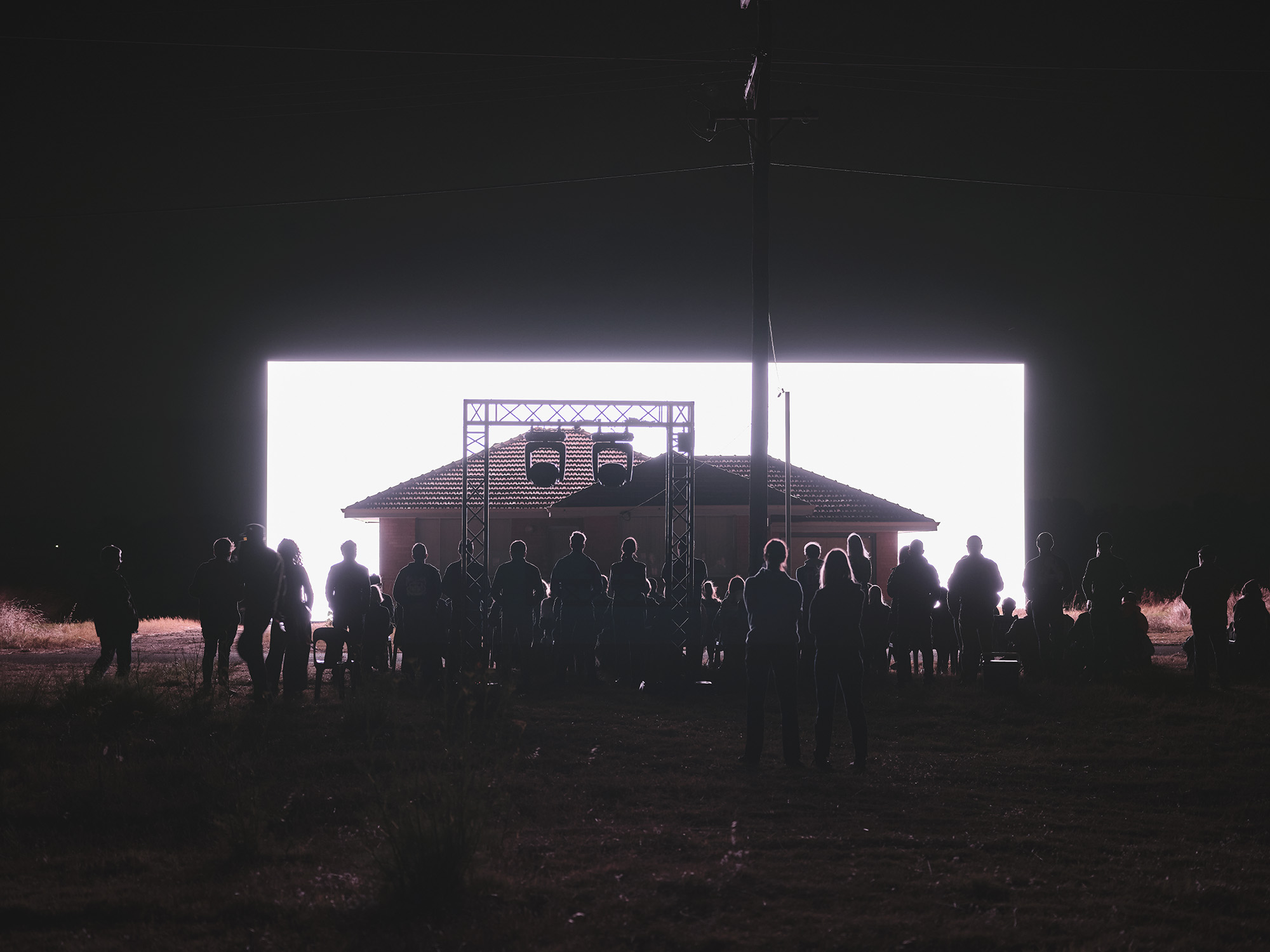 The late French philosopher Gaston Bachelard once compared a house to a topographical map of a person’s inner being, saying that a building that had been experienced was more than just an inert box. Once a house has been inhabited, it begins to naturally transcend the parameters of its own spatial geometry, as the thoughts, feelings and memories of the occupant gradually become imprinted on the floors, walls and ceilings.

The tactile exchanges between doorknobs and kitchen cabinets, the smell of laminate flooring on a hot day, or the sound of rain pattering on a tin roof are all integral to the way a building goes on. to be detected and stored. The human occupancy infuses the building with a particular, inexplicable kind of sensibility one might say – a building with a soul.

Multidisciplinary artist, Ian Strange, has long been fascinated by exploring the phenomenology of the built environment and the archetypal home through complex suburban interventions that engage local communities around the world. In his latest project, Dalisson, Strange collaborated with American musician Trevor Powers to create a site-specific installation in response to a small private residence in the once prosperous WA community of Wattleup.

Undoubtedly one of his most unique, ambitious and research-rich works to date, Dalison offers a deeply moving and lamentable encounter with a seemingly prosaic brick-and-tile building living out its final days. Formerly called a “hold-to-go” home, the home owned by the same family for more than two decades has become one of hundreds of properties flagged for demolition after the state government claimed the area for industrial redevelopment. Despite the gradual disappearance of the neighboring houses around them, the residents of 20 Dalison Avenue chose to remain there until recently.

Dalison is an 18-minute single-channel film and uniquely intimate live performance that can best be described as a dark spectacle and clever manipulation of saturated color and light, designed to take audiences on a journey through the life cycle of the Cukrov family. residence. On a 260 square meter video screen, the facade and material composition of the building are gradually revealed through a carefully choreographed sequence of impressive cinema and theater lighting effects that align with Powers’ experimental score.

Oscillating between light and complete darkness, the house is positioned as a temporal object operating in a state of contextual flux. There’s an eerie feeling that the building is experiencing some form of out-of-body experience or perhaps even the subject of an afterlife simulation, as the lights peel back layers of memories to reframe our relationship with him and imagine the mysteries contained. in.

When the cameras aren’t changing state – from silhouetted to invisible to suspended in space – they’re aimed at a specific detail, like a window or a main entrance, lingering just long enough to trigger a feeling of nostalgia, absence and loss. At other times, the red lights and pinhole perspective create an uncanny resemblance to a forensic crime scene.

The otherworldly soundscape developed specifically to accompany the visual effects emphasizes shifts in perception to create a collective, hypnotic groundswell of deeply immersive and cathartic intervals. In tandem, Strange and Powers guide us beyond the building’s utilitarian facade to celebrate the small and humble textures that make up the house’s complex identity.

As the scenes unfold, there is also a growing sense that this building is about to be washed away and that, like human life, its time on earth is fleeting. Strange refers to the project as a “eulogy for the house and the community it once was a part of,” but unlike humans, who commemorate their time on earth with shrines, tombstones, and monuments, Dalison is a performative celebration of dreamlike domestic spaces and a final salute to a dying home.

Dalison’s WA’s long-awaited debut was screened earlier this year alongside six photographic works in the historic Naval Store in Fremantle. The screenings and exhibit will continue to travel the East Coast before heading overseas with dates to be confirmed soon.

Dalison was on display for just one day at the Naval Store on March 5, 2022.

There are plans to tour the east coast. The dates of the bot are still to be confirmed.