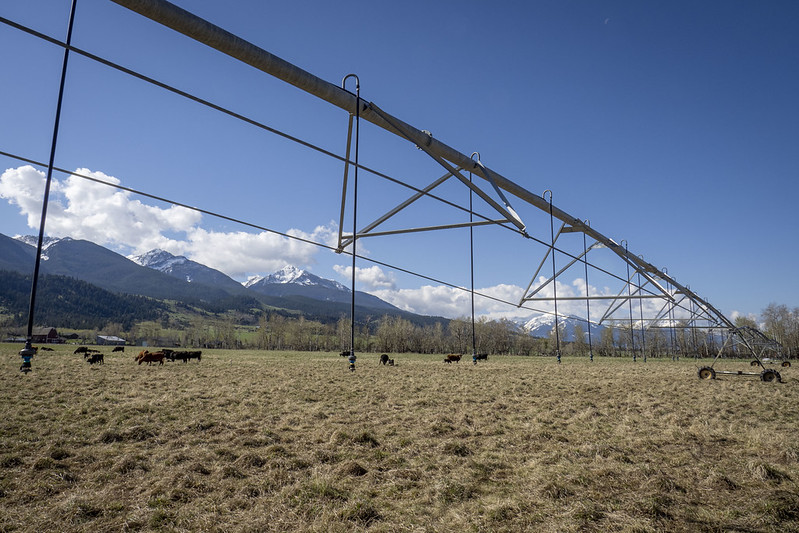 WASHINGTON — Farmers and scholars at a hearing Wednesday stressed the need for members of the U.S. House Agriculture Committee to support regenerative farming practices in the upcoming farm bill to protect the topsoil.

Regenerative agriculture occurs in farming and grazing practices that focus on replenishing organic matter in topsoil, restoring biodiversity to degraded soils, and improving the water cycle. All of these mitigate climate change by growing plants that capture carbon dioxide and move it into the soil.

About 95% of food is grown from topsoil, which is the most important component of food systems. If the soil cannot filter water and adsorb carbon, it will hamper farmers’ ability to grow food to feed people, creating a food crisis. All over the world, soils are eroding 10 40 times faster than it can be replaced.

Moyer said a third of the world’s soil has already degraded and that if “the current rate of land degradation continues, all of the world’s topsoil could be lost within 60 years.”

“The very beginning of our food supply chain is the Earth, and we lose the viable carbon component,” Scott said, adding that it’s important to put carbon back into the soil. Carbon is the main source of energy for plants.

A study by the University of Massachusetts Amherst in February found that “the Midwest has lost an estimated 57.6 billion metric tons of topsoil since farmers began tilling the soil 160 years ago.”

“Historical erosion rates exceed predictions of current erosion rates from national soil erosion assessments and levels considered tolerable by the United States Department of Agriculture,” according to the report.

The Biden administration has funneled up to $3 billion for projects that will reduce greenhouse gas emissions and sequester carbon in agriculture. Wednesday, The USDA has announced an expansion of the Partnerships for Climate-Smart Commodities program to fund conservation programs.

Scott said that a documentary, titled “kiss the ground”, opened his eyes to the need to invest in regenerative agriculture.

“That’s how we make sure we have food security,” he said.

Republicans on the committee stressed that USDA programs based on regenerative agriculture should not become mandatory, and senior GOP lawmaker Glenn Thompson of Pennsylvania argued that “tying food policy to politics climate is harmful”.

“Small farmers can’t always afford the risks that big farms can take when they adopt new practices, and I certainly don’t want to be the person who goes to one of their farms and tells them that the government federal demands that they respect your economic viability of their operations and livelihoods in the name of climate change,” Thompson said.

He added that inflation was also a problem for farmers and that many farmers in his state already practice regenerative agriculture such as cover crops, which help prevent soil erosion and keep nutrients in the soil.

Rep. Jim Baird, a Republican from Indiana, also questioned whether organic foods are more nutritious than those produced by standard farming practices.

Rebecca Larson, vice president of the Western Sugar Cooperative in Denver, Colorado, said there is no substantial research indicating that organic foods have more nutrients and much of this rhetoric is a ” fear-based marketing.

A 2019 study found that organic production can boost some key nutrients in foods, but most of these increases are moderate.

Rick Clark, a farmer from Williamsport, Indiana, said he’s been adopting regenerative farming practices for his 7,000-acre beef farm to restore soil health over the past decade.

“We have to preserve our soil, because it will be the future of our agriculture,” he said.

Clark, a representative for Regenerate America, urged lawmakers to consider increased education and technical assistance for farmers wishing to begin using these practices, such as the USDA’s Environmental Quality Incentive Program. Regenerate America is a coalition of farmers and business partners pushing for regenerative farming practices in the upcoming Farm Bill.

“Teaching and a support group are so essential here,” he said.

Clark said he believes these programs should remain voluntary, but that the government should consider giving farmers who implement these practices the largest share of federal collateral benefits. He also urged lawmakers to strengthen crop insurance to help reduce the risks faced by farmers when implementing regenerative farming practices.

“This means strengthening crop insurance by removing outdated barriers and creating incentives that recognize the risk reduction benefits of soil health and conservation practices and reward farmers who implement these practices, such as a ‘good driver’ discount on your car insurance,” he said.

Nygren is the founder and CEO of Serenbe, which is an urban village within the Chattahoochee Hills city limits that he and his wife established with the vision of a sustainable community.

He said shrinking family farms are having an economic impact on the local community. Industrial agriculture will not support the local economy the way local farmers do, he said.

“Think of soil health as a way to bring small towns back to life,” Nygren said.

He cited his condition as an example. In 1950, almost half of Georgian food came from the state, and today that number is almost a quarter. In Serenbe, 70% of the 40,000 acres are set aside for agriculture and every week 75 families pay $34 for their weekly production.

“If we bring small farms back to rural communities in the United States, we will not only have a local food system that doesn’t depend on fossil fuels to get it to the shelves, but it can go straight from farms to consumer. … it will really boost the local economy,” he said.

We must reinforce Putin’s military losses with economic losses