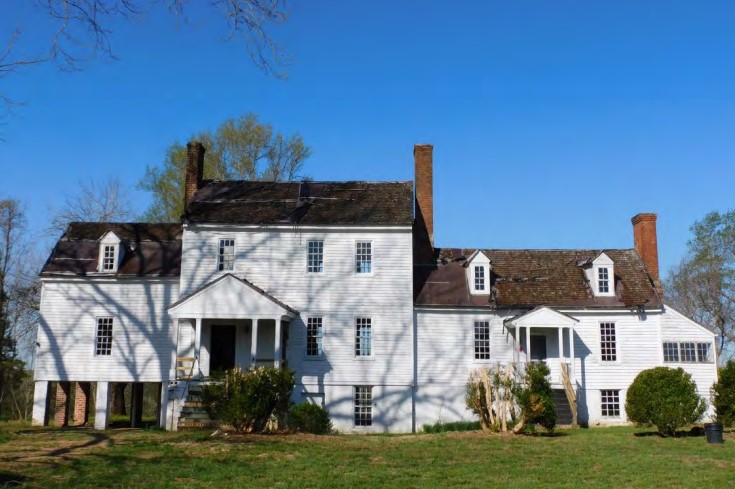 STAUNTON, Va. (WRIC) – Nine new sites across Virginia were added to the Virginia Landmarks Registry this month, each of which celebrates unique aspects of Virginia’s history in the 19th and 20th centuries.

The Historic Resources Board and State Review Board meet quarterly to review new historic site nominations, as well as to update previously accepted locations. The most recent meeting was Thursday, September 15, and the board approved eight new locations for the registry, as well as updating one previously approved location.

Check out the new historic sites below and learn a bit more about their history.

The Blue Marlin Lodge was built in 1965 and designed by architect William Burton Alderman. It was one of many motels on the Virginia Beach waterfront in the 1950s and 1960s. Today, it is one of only three remaining motels that was designed by Alderman. The other motels are the Jefferson Manor Motel Apartments, which were named a historic site in April 2021and the Crest Kitchenette Motel, which was also added to the registry in September 2022.

The former Crest Kitchenette Motel is now the Cutty Sark Motel Efficiencies. This is another motel designed by Alderman and built by its original owner, William T. Winner, who was a contractor. The motel, along with the other two built by Alderman, now recalls a time of great growth and change around the Virginia Beach waterfront in the mid-20th century.

Jarratt House was built in 1820 by John Wilder. Originally built as a rental property, the house is now the only surviving pre-war building in the Pocahontas Island Historic District.

The house was previously owned by Lavinia Sampson, a member of the Pamunkey tribe, from 1853 to 1877, then by the Jarratt family, a prominent Black Petersburg family who owned the property from 1877 until 1991.

The Pocahontas Island Historic District, where the house is located, is a community located on the north side of the Appomattox River. Pocahontas Island was first settled in the mid-18e century by mostly white residents, but became a large African-American neighborhood a century later. The community also has many ties to the native tribes of Virginia. In pre-war times, more free black residents lived on Pocahontas Island than in any other part of Petersburg.

South Garden is a historic dwelling on a rural New Kent estate that was built between 1825 and 1840. Melville and Alice Reams purchased the property in 1939 and made several modifications to the house for additional rooms and modern amenities. Even with the renovations, the circulation, design, and materials of the 19th century remain to this day.

The Goodloe House is a 1927 Colonial Revival home located on the north side of Staunton and designed by local architect Sam Collins. The garden was designed by landscape architect Charles Gillette and has retained many of its original features even more than a century later. The house also offers distant views of the Blue Ridge Mountains, which can be seen from the upper floors.

Silver Hill Baptist Church and School is associated with a black Reconstruction-era community founded in 1876 by Ellen and Thomas Hannibal Coles. The Coles purchased 33 acres of the approximately 350-acre “Silver Hill” parcel and donated some of that land for the church.

The church continues to be used today. A shrine was added in 1902, and a small cemetery is also associated with the church. Silver Hill School was built as part of the property in 1903 and served black students during the Jim Crow era.

Silver Hill becoming a historic site is part of a larger effort by local scholars and historians to explore the developmental history of African-American communities in Fauquier County.

The Blue Ridge Tunnel is a single-track railway tunnel built between 1850 and 1857 and commissioned in 1858. It is located 500 feet below the Rockfish Gap on the boundary between Nelson and Augusta counties. Rockfish Gap is a well-used area for traversing the Blue Ridge Mountains between Piedmont and the Shenandoah Valley.

Today, the tunnel is part of a recreational hiking and biking trail in Nelson County. It remains the longest tunnel dug by hand using black powder sandblasting and without a ventilation shaft.

Martinsville’s historic district is largely made up of two- and three-story commercial buildings built in the early to mid-20th century. Distinct features include several institutional buildings, including a courthouse, post office, industrial buildings, warehouses, and banks.

The Martinsville Historic District was originally listed as a historic site in 1998 and an update to its nomination was approved at the September 15, 2022 meeting.