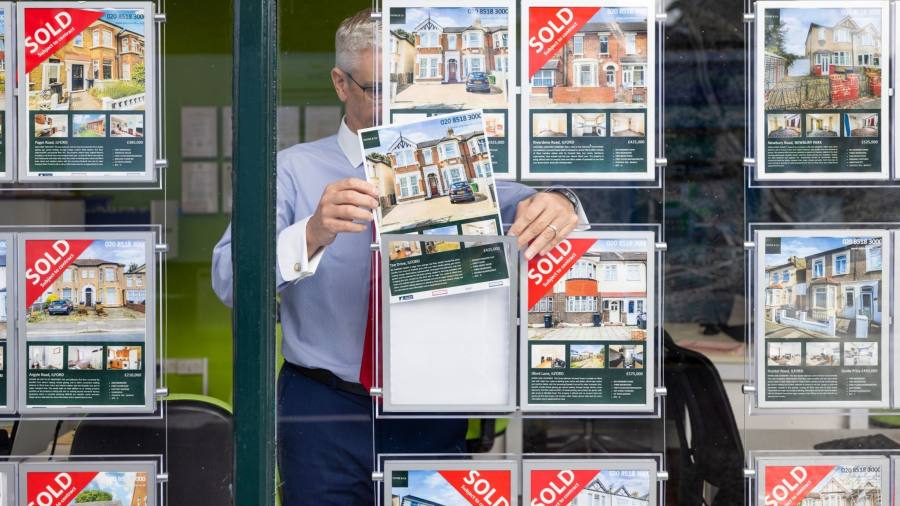 The biennial event of a nationally significant US election is upon us with the American Midterms. All 435 House seats and 35 of the Senate’s 100 seats are in contention on Tuesday. Joe Biden is so concerned that last week he went on an election campaign, raise the rhetoric.

Democrats are in danger of losing control of the House and the upper house is on a knife edge. This (or rather the divided government it will create) is bad news for investors, according to Rob Armstrong of Unhedged. FT columnist Janan Ganesh blame the voters.

Want to know more? This Thursday, FT journalists Edward Luce, Rana Foroohar and James Politi will be joined by veteran commentator Norm Ornstein for a subscriber-exclusive event assessing the US mid-term results. Join for free today and you can submit questions in advance for our panel.

You can also subscribe to the Swamp Notes newsletter, which does a great job probing the intersection of money and power in American politics, and is currently free to read.

across the Atlantic, the COP27 gathering in Sharm el-Sheikh, Egypt, highlights the news of climate change over the coming days (and weeks). More than 100 world leaders will be present, including Rishi Sunak after finding time in his diary, but not King Charles.

Again you can get more FT previews. Starting Monday, FT Live will host a series of in-person, virtual and hybrid discussions with leading sustainability thinkers and senior FT journalists. Each will complete the themes defined in the program of the presidency that day. Register your interest here.

Inflation is the main theme of economic news this week with updates to the consumer price index and producer price index from the United States, China, Germany and from Japan. Whatever the U.S. figure, Fed Chairman Jay Powell did crystal clear in his comments last week that his team will do what it takes to eliminate inflation from the economy. The consensus is for a 0.7 percent increase in the US monthly figure to create an 8.1 percent annual figure.

The grim projections from the Bank of England last Thursday that the UK is entering its longest recession since World War II sets the tone for this week’s big UK economic news: the first estimate of third quarter GDP on Friday. This should show a contraction of around 0.2% QoQ.

With drop in sales in supermarkets in the UK and speaks of a prolonged recession, UK retail is not in a good position. But this week might offer some respite – and we’re not just talking about the free coffee return at Waitrose.

Marks and Spencer will report its first results under new management on Wednesday after former chief executive and lifer Steve Rowe retired over the summer. His replacement, Stuart Machin, has already set foot in terms of speed up the redesign of the store network and redouble cost reduction efforts so that the focus is on current retail. Rival Next stuck to its full-year guidance last week after sales held steady in early fall. M&S investors – who haven’t received a dividend since November 2019 – hope Machin will do the same.

WHSmith’s profits are set to rebound as the global travel industry recovers from Covid lockdowns. Travel revenue, much of which comes from airport stores, was already well above pre-pandemic levels when it was last updated in early September. Meanwhile, there were few signs of a slowdown in airport duty-free group Dufry’s quarterly results last week.

The main constraint lies in the capacity limits of large airports, in particular London-Heathrow. There will no doubt be further talk about this on Monday when Ryanair publishes the first half figures. Budget airlines like Ryanair have to adapt to the end of, uh, low cost air travell, whose answer was try to take business of the most expensive carriers.

The end of the tech earnings news for the season is likely to continue the gloom. Lyft, reporting Monday, announced last week major job cuts, his second round of layoffs in recent months. Lyft isn’t alone among tech companies having to tighten its belt, but that doesn’t look good for the ride-hailing service, a small rival to Uber, which is also selling its vehicle service business.

Elsewhere, we have a handful of drugmaker updates. BioNTech, which reported on Monday, is among several producers of Covid-19 vaccines that have begun raising the price of their shots amid concerns over drop in demand in 2023. Airfinity, a health data analytics group, predicts that sales of Covid vaccines will fall by around a fifth to $47 billion next year. There are also concerns about AstraZeneca, which unveils third quarter figures on Thursday, after the nasal version of its Covid vaccine failed the tests. better news is expected from the German drug and chemical group Bayer, whose figures are known on Tuesday.

Read the full schedule for the coming week here.