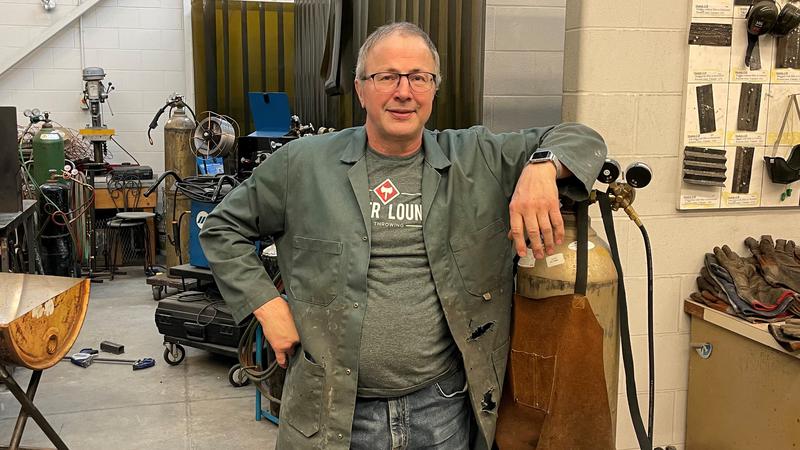 During this time Menz learned to weld and then in 1973 left the farm for Saskatoon where he worked in construction and carpentry. He earned a journeyman ticket in carpentry in 1982.

“The economy was very uncertain and there wasn’t much to do, so I was able, with the support of my father’s estate, to go back to college and get an education,” Menz said. , noting that he earned a bachelor’s degree in education. in 1987. “I thought it was a good choice and I wanted to help and work with people. The fact that I could combine my carpentry and welding skills to help people, education seemed like a good fit.

His first teaching job was at Saskatoon Community Regional College (Saskatchewan Polytechnic) and he remained there until he accepted a job at Northlands College in Pinehouse Lake in 1991. In 1993 he moved to La Ronge for a job at Senator Myles Venne School and in 1999 he accepted his current position at Churchill.

“The beauty of being an industrial arts teacher is that you can work with your hands and do things that you really love,” Menz said. “I’m teaching something enjoyable and I think it’s also very valuable. There are a number of kids who have gone into the trades. Just giving them the exposure to another job choice, I think, is one of the rewarding parts of that.

Over the years, Menz has focused primarily on carpentry and welding. When the students come to her class in grade 7, they build a toolbox and a simple bookshelf. In grade 8, students create a treasure chest and in the next grade they make a folding table. Once in high school, Menz teaches students how to make garden cabinets and sheds.

When Churchill underwent a major refurbishment in the 2010s, Menz was involved in the design and fitting out.

“The old workshop was adequate, but we had no welding space,” he said. “This one has 22 stations, so there’s quite a bit of room for students.”

Menz explained that the school division has already chosen a teacher to replace him, adding that this individual could also start teaching mechanics in the next school year.

In the coming months, Menz plans to leave La Ronge. He wants to retire with his wife, Joni, to land near Macdowall. He would like to spend more time with his son, daughter and two grandchildren.

“We are going to move and it will happen this summer,” he said. “We are selling our place and we have an area near Macdowall. We have about 18 acres there. We will also build a house there. Right now we already have a mobile home there.