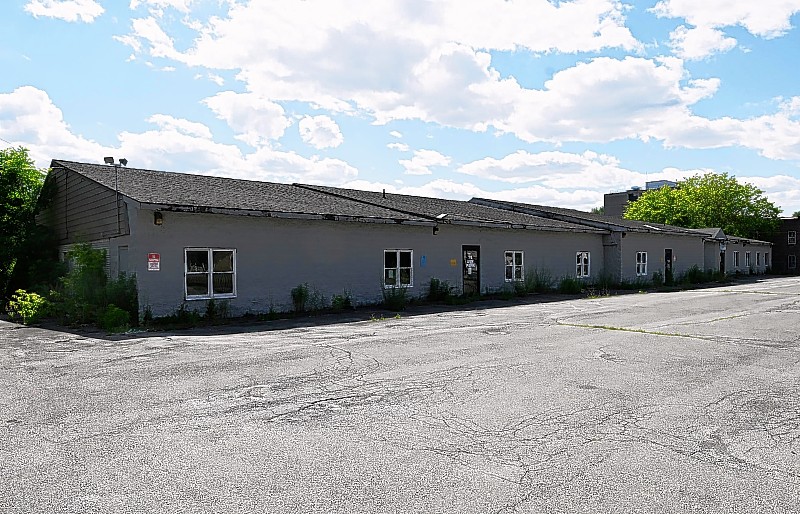 AMSTERDAM – An 18-bed homeless shelter with six studios for permanent supportive housing is being offered in a former medical office building on Guy Park Avenue in Amsterdam by the Interfaith Partnership for the Homeless.

The Amsterdam Planning Commission will consider the application for a special permit and site plan for the proposed renovation and reuse of 76 Guy Park Ave. immediately after a public hearing scheduled for Wednesday at 6 p.m.

According to Janine Robitaille, Executive Director of PSI, the project would fill a significant need for a year-round homeless shelter in the community.

“People are suffering, the numbers have increased exponentially,” Robitaille said.

The Albany-based nonprofit already runs a seven-bed code blue shelter in Amsterdam at 218 E. Main St. known as Danielle’s House which provides emergency housing during the winter months when temperatures drop below zero.

“Winter is life or death, but summer can be life or death if it’s hot, you sleep all day and you have no water,” Robitaille said.

Shelters are better able to meet the needs of displaced people when the seasonal emergency is lifted and consistent services are available year-round, Robitaille said. The goal of all shelters run by IPH is to provide clients with access to the supports needed to secure permanent housing.

“It’s a process that looks at individuals, what their barriers are to connecting them to services and giving them the service they need,” Robitaille said.

The proposed 18-bed shelter on Guy Park Avenue would permanently replace the seasonal code blue shelter while reverting to the Danielle’s House name. IPH would continue to operate the East Main Street building with three floors of permanent accommodation.

The one-story building on Guy Park Avenue would be renovated to include seven dormitory-style rooms for women and men aged 18 or older. There would be four common bathrooms, a laundry room, a kitchen, a community room, a common dining room and offices for IPH staff.

The facility would include six studio apartments providing permanent housing with support services for previously homeless people with disabilities. The apartments would be accessed through a separate entrance from the shelter area with some common areas.

Acknowledging the common social stigma surrounding homeless shelters, Robitaille said the building is conveniently located in a more industrial area of ​​town that is still easily accessible by patrons. She noted that IPH sets expectations for customers and installs security measures at all sites, including cameras. The 24/7 facility would be staffed with approximately seven employees per shift.

“We’re running a tight ship and there’s no loitering outside our buildings,” Robitaille said. “We are a very good neighbor, we guard our properties very well and these are people who are already in your neighborhood without help.”

The neighborhood would immediately benefit from exterior improvements to the vacant building on Guy Park Avenue owned by St. Mary’s Healthcare and which has been unused since 2018.

“There’s a lot of space to do what we need to do,” Robitaille said. “It’s an empty, unattractive building with lots of asphalt that’s close to the hospital, downtown, and Route 30 to get to where the jobs are.”

The building’s concrete facade would be removed while keeping the existing brick exterior intact. A covered entrance would be installed and the roof shingles would be replaced. The paved lot in front of the building would be reduced to 10 parking spaces to make way for green spaces along the roadway.

The total cost of the renovation project has not yet been estimated, according to Robitaille, who said IPH plans to apply for a state grant this summer to help cover the costs. St. Mary’s would transfer ownership of the Guy Park Avenue property to IPH if the application was successful.

Creating a permanent shelter in the city that would provide those in need with a pathway to stable housing is essential and would remove barriers to accessing health care and mental health services, according to Margaret Brodie, vice-president mission president at St. Mary’s

“A year-round homeless shelter will benefit the health of our community,” Brodie said. “Homeless people often delay medical care because their immediate need for safe and secure shelter takes precedence over their health.”

The PSI should know if its grant application has been accepted by the end of the year. The shelter and supportive housing project is tentatively scheduled for construction from 2024 if plans are approved by the Planning Commission.

More from The Daily Gazette: