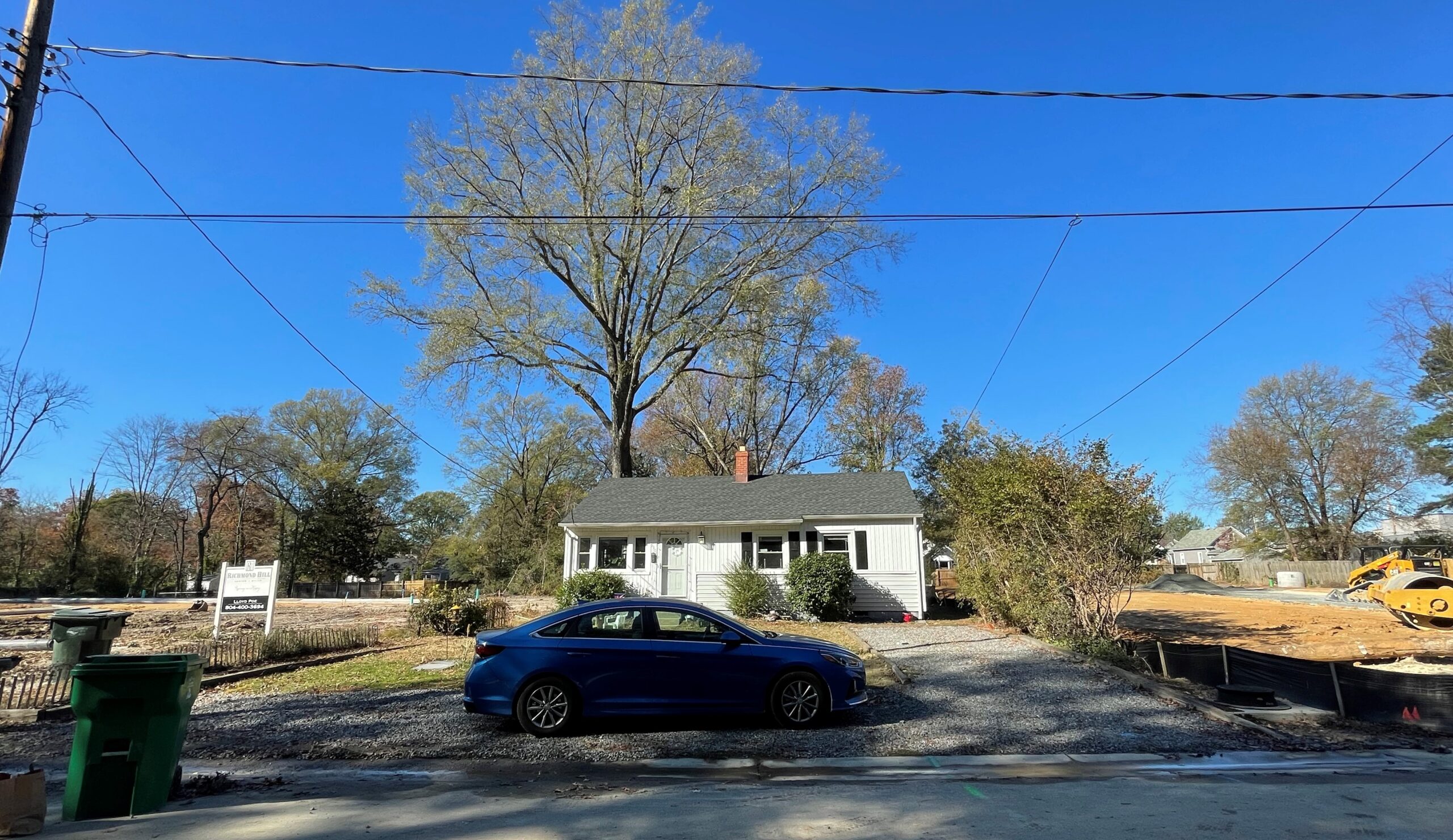 510 Westview Avenue is the last house standing on part of the street as construction work on new homes surrounds it. (BizSense File Photo)

Editor’s Note: This is the third in a five-part series of commentaries by Edwin Slipek on historic preservation issues in various neighborhoods in Richmond. Here is part 1 and part 2.

In the minds of many locals, the leafy, bustling surroundings of Libbie and Grove Avenues are a reassuringly comfortable blend of golf, food, and God. The sprawling greens of the Country Club of Virginia, the selection of casual restaurants and the two architecturally splendid neo-Gothic churches, St. Bridget Catholic and St. Stephen’s Episocopal, create a perfect landscape worthy of a Louis Auchincloss novel.

Dozens of equally picture-perfect villages adorn East Coast communities. In East Hampton on Long Island, New York, the links of the Atlantic Ocean-facing Maidstone Club, a handful of fine restaurants, and the fortress-like sanctuary of St. Luke’s Episcopal Church are within walking distance of each other. others. Further north on Cape Cod in Hyannis Port, Massachusetts, the golf tees of the Hyannisport Club (village and club are spelled differently), combined with plenty of freshly harvested lobster options, and the looming stone tower of St. Andrews by-the-Sea Episcopal Church exudes similar momentum.

While many are reassured that architectural and social change is slowly happening in these tony enclaves, in Westhampton look again. A recent survey of windshields in the blocks near the Libbie and Grove junction suggests that rapid physical and visual change is underway.

To 5605 Grove Ave. on a single piece of land worth $898,000, a century-old farmhouse that housed Kim Faison Antiques for 20 years was recently demolished. In its place, a modern two-storey office building with no architectural distinction will be built on the mainly residential block. Up the street and around the corner from Libbie Avenue near Cary Street Road, a substantial Italianate residence (or is it a French province?) is the newcomer to a stretch of well-established old bungalows and farmhouses. maintained and discreet. 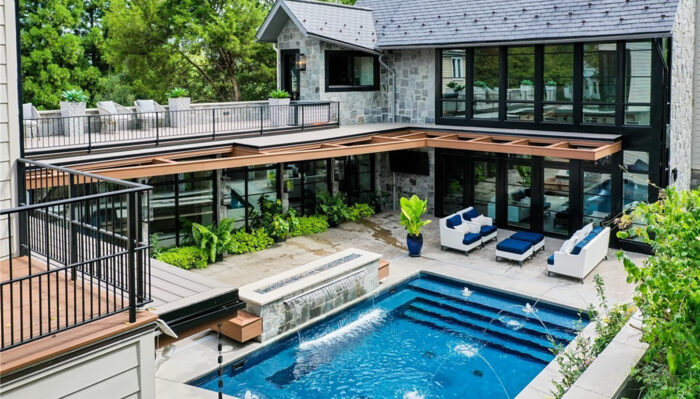 113 Libbie Ave. has a courtyard with swimming pool between the main house and the guest apartment. (Images courtesy of CVRMLS)

Libbie’s rural lane appeal, however, is shaken by the recently built home at 113 Libbie. It is a 5,000 square foot structure (of “modern industrial design” according to marketing materials) with an outdoor swimming pool and a dog run with “a living grass course” for pets, shoe foot on its slender site. It’s for sale with an asking price of $3.8 million. 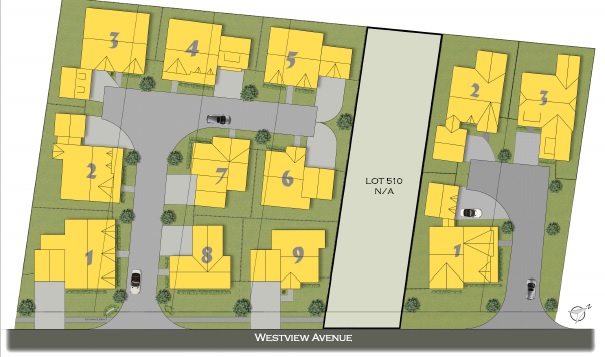 A conceptual site plan of the Westview at Libbie development.

Nearby, though not as expensive, new homes being built on nearby Maple, Granite and Westview streets are bringing dramatic changes to once-budget addresses. At 325 Granite, on a deep, narrow lot where a modest-sized house has been demolished, contractors are completing a pool at the rear of the property so they can back up to the street as construction of the new house progresses. One more block at 510 Westview, a single mid-20th-century plot house is the sole survivor of 10 adjacent houses that now lie in dust. We can assume that the new owners cannot afford to settle here.

As the New York Times recently wrote of similar situations that are changing the face of many neighborhoods nationwide: “All of these scenes are in…wanted locations with good jobs and rising house prices. . This could mean that a tiny two-bedroom house that once sat on land worth $10,000 is now sitting on land worth $200,000.

Historically, according to the Times, land represented 20% of the total sale price of a new home: “Today, that means a plot of land worth $200,000 can justify a new home that sells a million dollars.

There is nothing inherently wrong with expensive housing options; it’s great for the local tax base. But Westhampton’s particular texture and small-town appeal, with its modestly-sized homes close to a range of commercial activities, expensive old houses and excellent private schools, had created a socio-dynamic -economical which was, well, pretty much perfect. Over the past decade here, demand has intensified to transform the early 20th century housing blocks, where working-class people could once afford to live, into something bigger. It seemed pretty cool that the modest houses were close to the big houses on Three Chopt Road and Cary Street Road. In many Anglo-American cities, these prime thoroughfares were often referred to as the “High Street.”

In the 300 block of Maple Avenue in the early 1930s, for example, there were working class households. Lawrence Mesco was a firefighter, James Hubbard was a barber, and Everett Clayton was a baker. A block west on Libbie at this time, Robert Detrick lived above his hardware and paint store while Jack Basinger was a blacksmith and Hugh Gentry was a firefighter. The street neighbors operated a shoemaker’s shop, the Westhampton Pharmacy and a billiard parlor respectively.

During the Great Depression, on the northwest corner of Grove in Libbie, a confectionery occupied the building where Peter Blair haberdashery works now. In the 1960s, this address was a popular watering hole, the Tempo Room. The Crossroads gradually became more upscale in the 1970s when Virginia Wortham, an elegant and feisty grande dame, moved her venerable downtown business, EB Taylor, specializing in fine china and crystal, to 5720 Grove Ave. . She renamed the store Hampton House.

And consider the cinema in Westhampton. For 80 years until recently, the elegant theater was a Grove Avenue anchor as well as a popular destination for moviegoers. Richmond residents felt quite comfortable (despite the uncomfortable seats) in the auditorium decorated with Chinese Chippendale wallpaper. The lobby was a living room, really. It was furnished with 18th-century American antiques and paraphernalia acquired by the theater’s savvy owner, Morton G. Thalhimer, and his wife, Ruth. 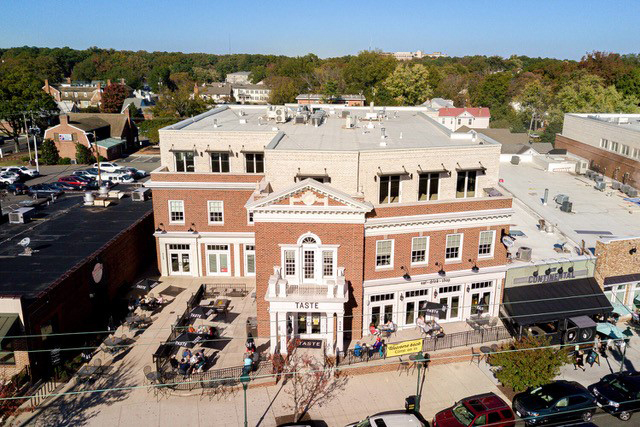 But recently, it’s only in the well-heeled West End that a beloved and historic cinema palace has been demolished and replaced by an expensive, mixed-use structure in false facadecondominiums, whose sickening facade of colonial revival recalls the destroyed monument.

In 1963, President John F. Kennedy famously remarked, “A rising tide lifts all boats. But this economic aphorism is an exception to the new rules of the prosperous neighborhood of Libbie and Grove. Many people who once could have afforded to live there will be left behind as the charm and diversity of the local WASPY village of Westhampton is lost. So raise your glasses and mugs to the now defunct Tempo Room, and more recently, Phil’s Continental Lounge.