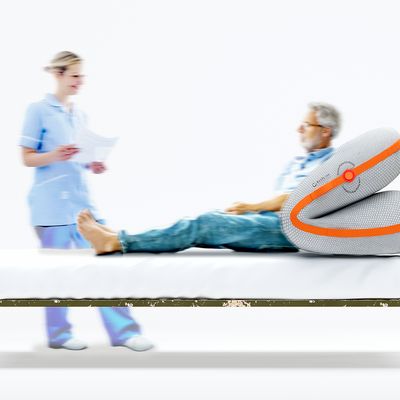 Earlier, we looked at how the design helps first responders move patients to accident sites, with a cleverly designed shovel stretcher.

Here we will look at a similar problem, further down the line of care. In hospitals, bedridden patients often need to be repositioned in bed: rolled onto their side, propped up in a seated position, or “translated,” i.e., slid up or down on the bed . With people weighing what they are doing, two people are often needed to help them perform these movements. The in-place aid is a low-friction “slip sheet” between the patient and the drapes: 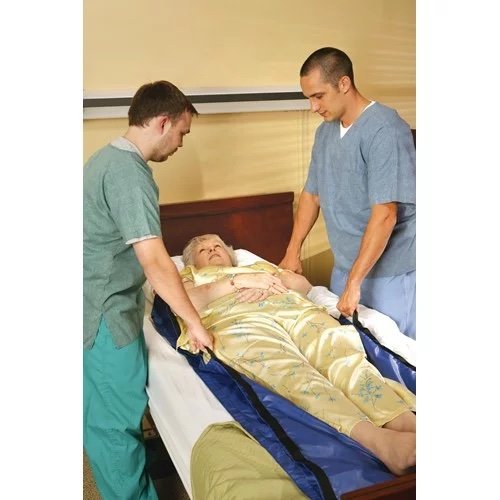 Even with slides, however, injuries abound among healthcare workers. The problem is that it is ergonomically difficult for a standing person to handle the average weight of a person at bed height. 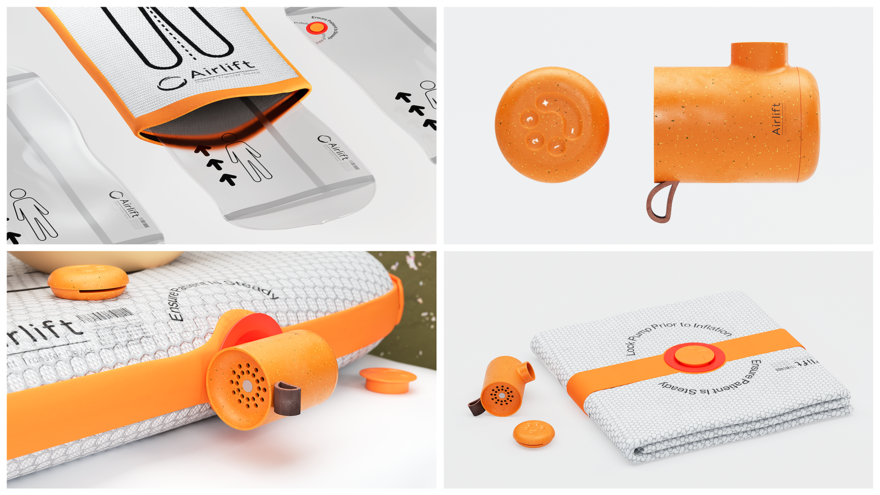 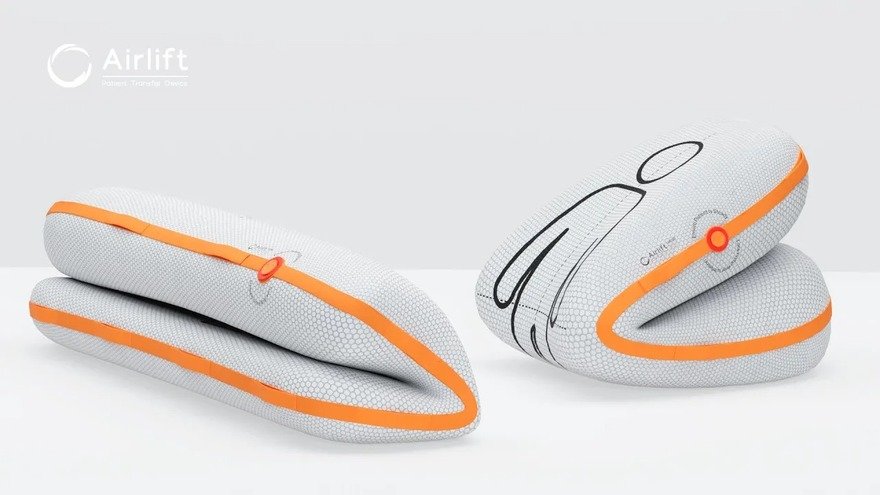 “Once placed under the patient, the AirLift can be inflated using a remote-controlled pump, which fills the internal bladder with air and lifts the patient from the bed. Placing a layer of air between the patient and the bed greatly reduces the force required for repositioning. This mitigates the risk of injury, as the device takes care of the heavy loads, while the healthcare worker stabilizes the patient.” 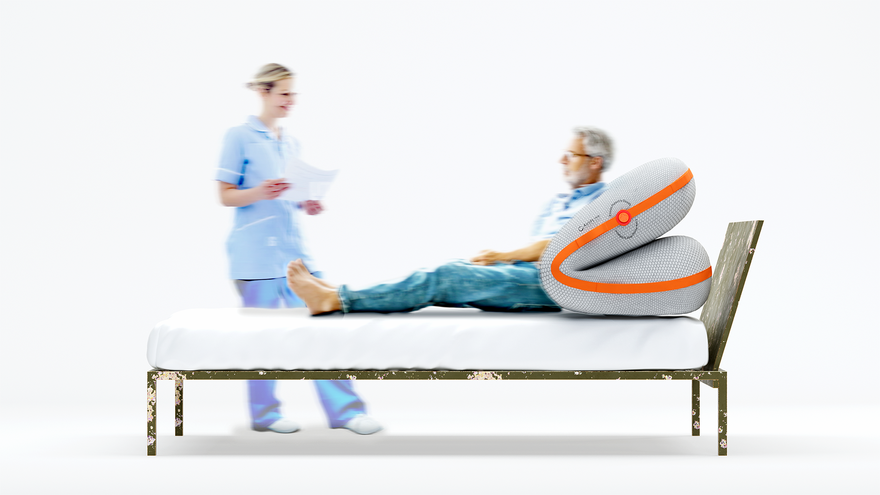 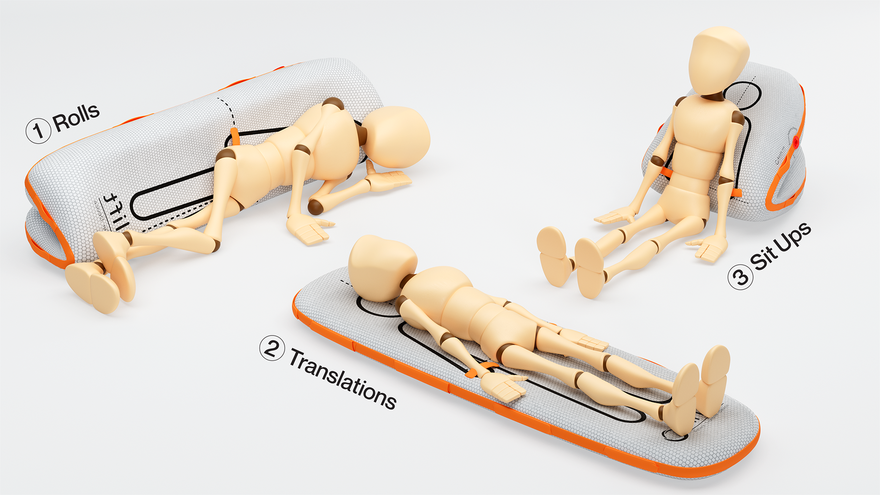 “The pump is controlled using a remote control clip, which can be attached to the healthcare professional’s clothing for hands-free use or housed in the top of the pump for charging and transport. By folding the device prior to insertion, the healthcare professional can switch between three key patient movements Handles around the perimeter of the AirLift eliminate the need to grab the drape directly, solving dexterity issues that aging workers often face , and the removable lid can be replaced to meet hygiene requirements.

Here’s how it works:

Pleasantly, the team explains how research and data, combined with that “aha” moment out of the studio, led to the design:

“We started by identifying our design problem. This involved a design SPRINT, a survey of nurses and a few rounds of feedback. From there, we broke the device down into basic components and brainstormed ideas. using morphological analysis.While fun, these initial concepts, which included vacuum-sealed sponges and soft robotic arms, were too complicated. 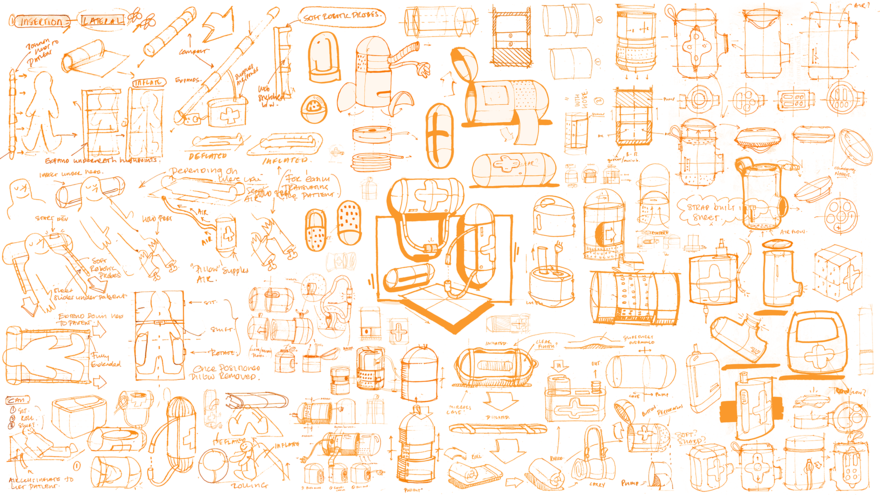 “The idea of ​​using inflatables arose on a camping trip, when a team member was inflating a dry bag. Realizing the potential, we modified an inflatable lounge so that it could comfortably repositioning a human, which served as the first proof of concept.From there, the design evolved into a kit consisting of a pump, inflatable bladder, and slide sheet. mous have been invaluable at this stage, helping us to visualize the operation of the device. 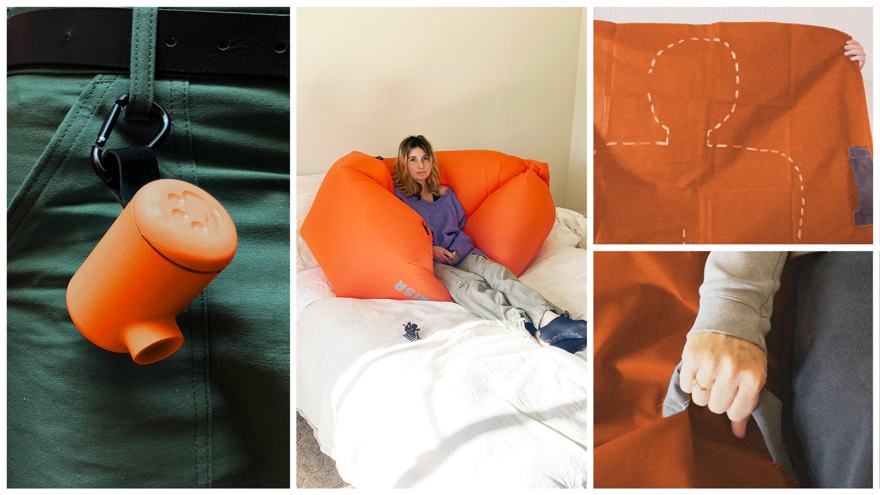 “Following discussions with experts in the field, we further refined the concept – and decided to combine the inflatable bladder and the glide sheet into a single component. To assess how to handle patients safely, we “We modified a standard slip sheet, sewing handles around the perimeter. Finally, we reduced the size of the pump and added a remote control, which we 3D printed and painted.”

Air Lift was a National Winner at this year’s James Dyson Awards. Davidson, Carrigg and Singh plan to use the AU$9,000 ($6,146) prize to develop a working prototype. Congratulations to you three! 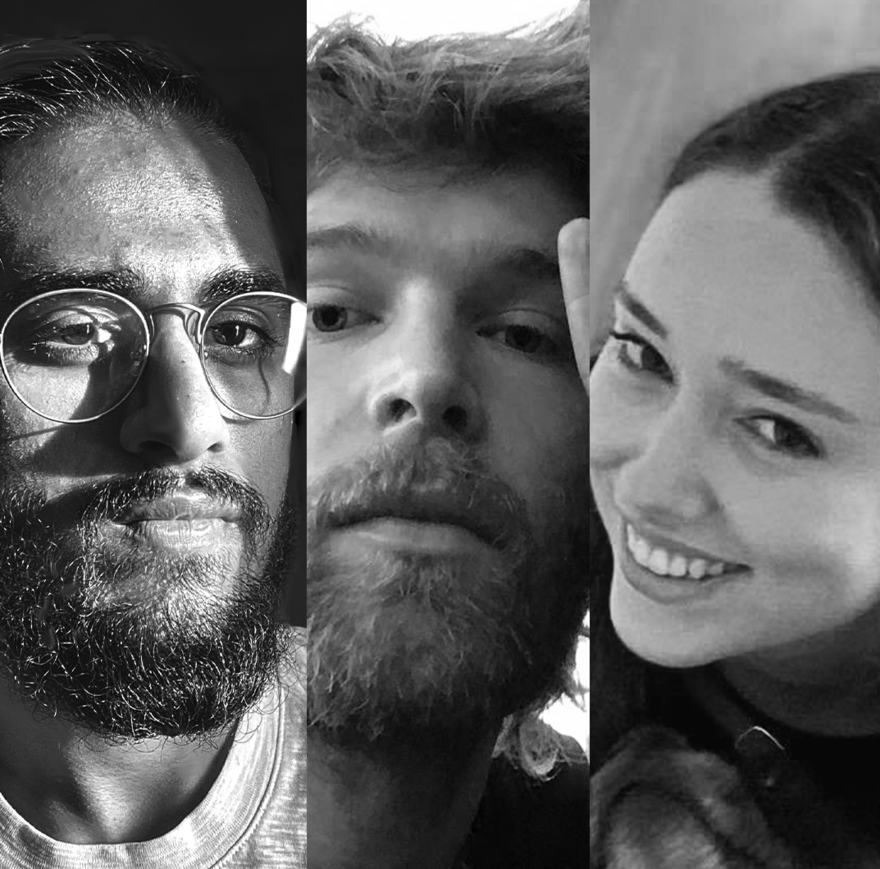