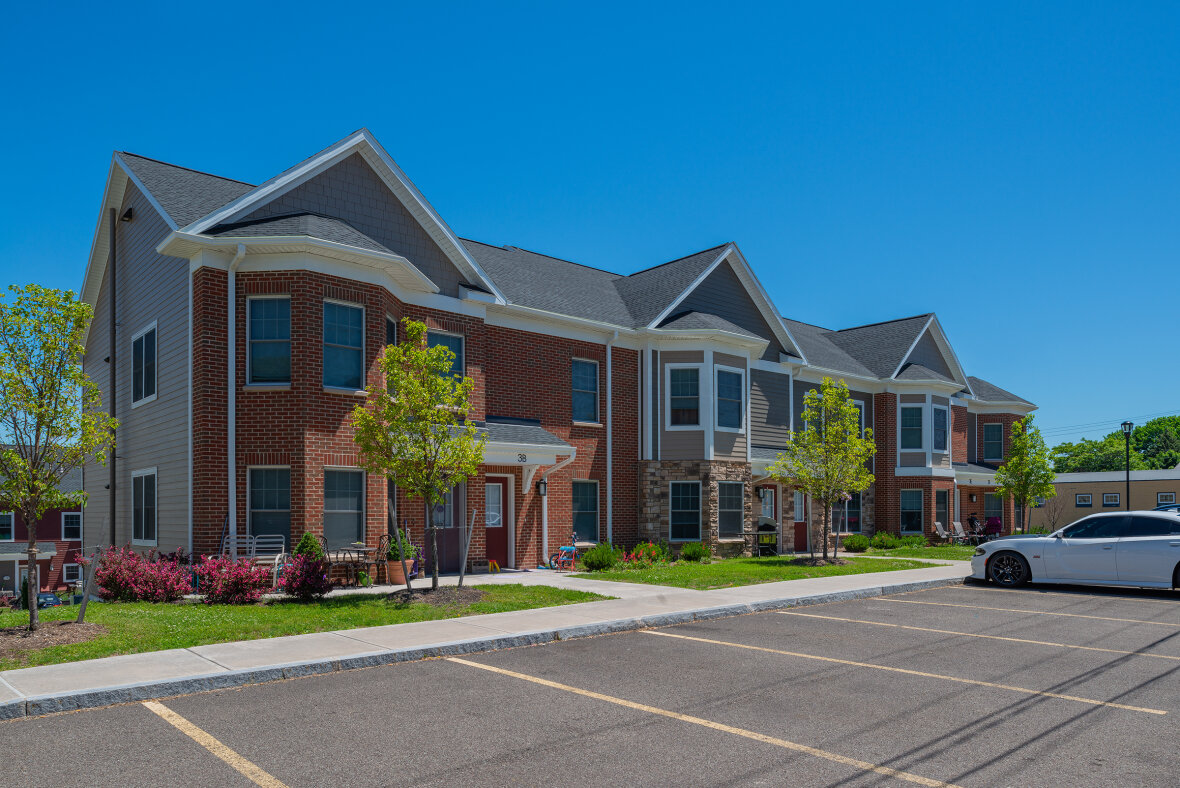 Governor Kathy Hochul today announced the completion of a $26.2 million mixed-income, mixed-use housing development in downtown Oswego. Harbor View Square includes 75 apartments and over 10,000 square feet of retail space on the ground floor. The development replaced an underutilized city-owned brownfield site located at the convergence of the Oswego River and Lake Ontario. Harbor View Square connects downtown Oswego to its waterfront and is a priority project of the downtown Oswego revitalization initiative.

“My administration is tackling the housing crisis head-on by creating high-quality, affordable housing developments that improve residents’ lives and lead to more vibrant communities,” Governor Hochul said. “This $26 million mixed-use development will improve the quality of life for the entire community, build a stronger economic future for Oswego, and help the town reach its full potential as a spectacular waterfront community.

“Harbor View Square will provide struggling New Yorkers with a home in downtown Oswego,” said Lieutenant Governor Antonio Delgado. “As one of New York’s DRI projects, this affordable mixed-use housing development will help connect the community of Oswego to its waterfront and enhance the downtown area by breathing new life into a property previously underutilized.”

The development location at 68 West First Street is the former home of Flexo Wire, a national wire manufacturer and distributor. The long-vacant property was restored and cleaned up as part of New York’s brownfields cleanup program prior to construction. The promoter of this project is Housing Visions.

State funding for Harbor View Square included federal low-income housing tax credits that generated $8.5 million in equity and $9.8 million in grants from New York State Homes and Community Renewal. The site was successfully remediated as part of the Department of Environmental Conservation’s brownfields cleanup program, which is expected to generate $4.7 million in tax credits upon project completion. The development received $1.5 million from Empire State Development’s Restore NY program and the Department of State received $740,000 from the Oswego Downtown Revitalization Initiative, with the award administered by HCR . Additional funding was provided by the Leviticus Fund.

The City of Oswego received $10 million in 2016 through the Downtown Revitalization Initiative, a statewide strategy to boost local economies and create vibrant urban centers where people want to live and work. Harbor View Square meets several goals identified in Oswego’s DRI plan, including creating new residential opportunities and enhancing downtown vibrancy, as well as connecting downtown Oswego to its waterfront. To build on the success of the DRI statewide, earlier today Governor Hochul announced $100 million in funding for NY Forward, a new program aimed at rejuvenating small rural communities. , and Round 6 of the DRI.

Homes and Community Renewal Commissioner RuthAnne Visnauskas said: “Harbor View Square is a truly transformative development for the growing and increasingly vibrant downtown Oswego. By replacing a long-vacant manufacturing site with 75 new homes and retail spaces, we are creating new opportunities for residents to enjoy all that Oswego has to offer Downtown Oswego’s upward trajectory is built on smart developments like this that provide quality homes and make the city a more diverse place , affordable and beautiful place to live.”

Secretary of State Robert J. Rodriguez said: “Oswego’s commitment to providing attractive new housing opportunities in an equitable and affordable manner is on full display with this transformative Downtown Revitalization Initiative project. Harbor View Square replaces a dilapidated and once contaminated industrial building a vibrant new mixed-income, mixed-use building just steps from the city’s treasured waterfront.With the completion of this project and several others, Oswego DRI has created a quaint, compact and walkable to serve people of all incomes and walks of life.

Empire State Development President, CEO and Commissioner Hope Knight said: “Through the Governor’s downtown revitalization and NY restoration initiatives, downtowns are truly becoming the connected and thriving hubs and hearts of their communities. walkable downtown where people want to live, work and play. »

New York State Department of Environmental Conservation Basil Seggos said: “New York’s Brownfields Cleanup Program continues to be one of the tools DEC uses to advance the redevelopment of abandoned properties in communities across the state. This development at Harbor View Square is a powerful example of how underutilized inactive properties can be returned to the community, benefiting both local economies and the environment. I commend everyone involved in making this project a success.”

Ben Lockwood, President and CEO of Housing Visions, said: “Housing Visions is pleased to partner with the community of Oswego and New York State. Harbor View Square has returned a polluted and underused parcel on Lake Ontario to productive use with high quality housing , mixed-income and mixed-use We are proud to be part of the success of Oswego’s downtown revitalization initiative and look forward to the continued growth and success of the community to serve all people . »

State Senator Patty Ritchie said: “I am thrilled to see the completion of the Harbor View Square project, a significant effort that has helped transform an underused site in the City of Oswego into a place where people will live, as well as visit new businesses. Additionally, as a project of the Downtown Revitalization Initiative, it will help continue the rebirth of downtown Oswego and strengthen the area’s connection to the beautiful Lake Ontario waterfront. I am delighted to see the difference the new Harbor View Square will make in the city and thank the State for its investment in this project.”

Assembly Minority Leader Will Barclay said: “With its prime location and premier amenities, the completion of Harbor View Square will be a tremendous boon to the City of Oswego and its residents. The project was truly a collaborative effort combining federal and state funding with vision and expertise I look forward to seeing this innovative mixed-use development grow and prosper just blocks from the beautiful Lake Ontario waterfront.

Oswego Mayor William J. Barlow said: “I applaud Housing Visions on the completion and opening of the new Harbor View Square property. It was a pleasure to work with Housing Visions as this project was a key part of our downtown revitalization work in developing an underutilized brownfield and introducing high quality, affordable housing to the Oswego Market.The community is extremely proud of the end product and we are proud to have included Harbor View Square in our portfolio of new developments at the downtown.

Acceleration of the rise of the CNY

Today’s announcement complements “CNY Rising,” the region’s comprehensive plan to generate robust economic growth and community development. The regionally designed plan focuses on capitalizing on global market opportunities, strengthening entrepreneurship and creating an inclusive economy. Today, the region is accelerating CNY Rising with a $500 million investment from the state through the Upstate Revitalization Initiative. The state’s $500 million investment will spur private businesses to invest well over $2.5 billion — and the region’s plan, as submitted, calls for up to 5,900 new jobs. More information is available here.

About the Downtown Revitalization Initiative

The Downtown Revitalization Initiative (DRI), led by the Department of State, represents an unprecedented and innovative “plan then act” strategy that combines strategic planning with immediate implementation. This approach results in vibrant, compact, walkable, and diverse downtowns that are a key ingredient in helping New York State rebuild its economy from the effects of the COVID-19 pandemic, as well as reaching the state’s aggressive climate goals by promoting the use of public transit and reducing reliance on private vehicles. The DRI also supports the state’s Health Across All Policies/Age-Friendly NY initiative by creating walkable/bikeable communities, developing more outdoor recreation opportunities, and expanding access to fresh, local and nutritious food.

Since its inception in 2016, DRI has committed $600 million to projects in 59 downtowns that are ripe for revitalization and have the potential to become magnets for redevelopment, business, job creation, economic opportunities and housing diversity. Participating communities are nominated by the state’s 10 regional economic development boards based on the potential for downtown transformation. Each community is receiving $10 million to develop a downtown strategic investment plan and implement key catalyst projects that advance the community’s vision for revitalization and leverage additional private and public investment. More information about the DRI is available here.