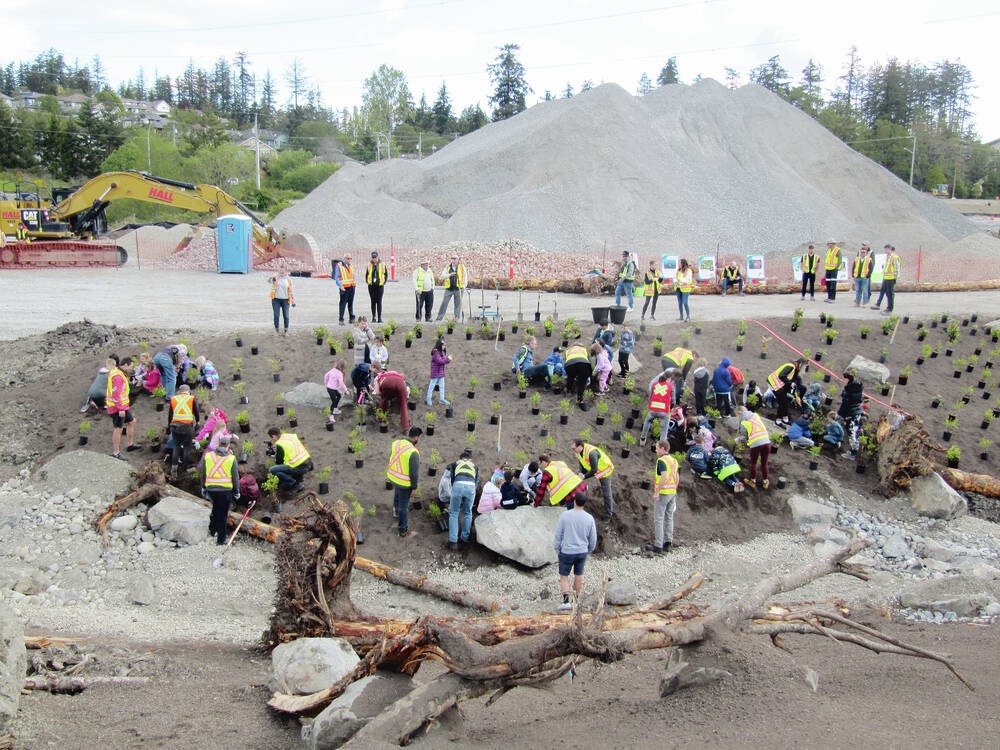 The seasonal streams that ran through the former industrial property and joined Craigflower Creek were aligned into one and transformed into a healthy habitat for salmon and wildlife.

BC Transit has been recognized for its efforts to restore stream habitat at the site of its new HandyDART facility at View Royal, which is expected to be operational in 2024.

The seasonal streams that ran through the former industrial property and joined Craigflower Creek have been aligned into one and transformed into a healthy habitat for salmon and wildlife, drawing kudos from the Fraser Basin Council, a group nonprofit that promotes land and water management in restoring areas for Pacific salmon.

The group’s recognition of the Burnside Road West and Watkiss Way facility as a safe salmon site is a first on Vancouver Island.

BC Transit said when the island road was built in the 1990s, a large amount of fill was placed on the site, including the riparian area of ​​the seasonal waterway. The creek has been moved at least once, possibly twice, in the last century.

The flow of the stream was largely made up of stormwater from roads and buildings upstream. The water flow was variable and the creek dried up in the summer. The riparian area was overgrown with weeds, blackberries and other invasive species, providing little habitat value.

According to BC Transit’s plan, fill dumped at the site was removed and nine new rain gardens covering one-third of an acre were constructed to retain runoff during storms. A reservoir and storage retention system will be installed for extreme storms, with a valve allowing emergency shut-off of the creek in the event of a spill.

A new sediment trap at the top of the creek will remove sediment and pollutants that run off buildings and roads, providing cleaner water to Craigflower Creek. Water quality will be monitored and data provided to stream wardens and local agencies.

The realigned stream features rapids and pools, as well as purposely placed rocks, logs and weirs that interrupt water flow, introduce oxygen into the water and reduce bank erosion .

It connects to Craigflower Creek through a gentle transition zone to allow new creek access to its floodplain during periods of heavy rainfall and to provide new habitat for amphibians and potential rearing habitat for coho salmon. and other juvenile fish.

Aaron Lamb, chief sustainability officer and vice president of asset management for Transit, said the company has been working with local waterways guardians and nearby residents for months on the project. Students at Eagleview Elementary helped plant some of the first native shrubs last May.

Lamb said it was the “most significant” environmental restoration project in the Craigflower Creek watershed.

“It’s a great example of how we can partner with the community to leave something better than what we found through redevelopment.”

Theresa Fresco, program manager at the Fraser Basin Council, said BC Transit has shown care and leadership in improving the ecology of a previously degraded industrial site, adopting sound water management practices and restoring a waterways and riparian areas.