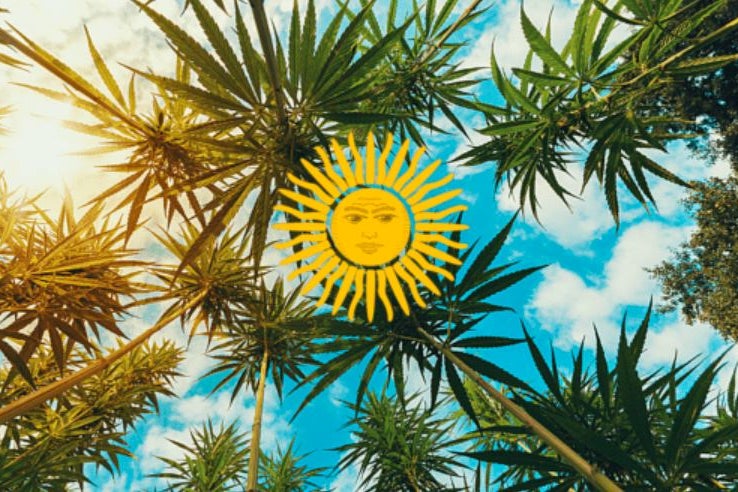 Argentina’s Congress has approved a law that will create a regulatory framework for public and private investment in the production of pharmaceutical-grade cannabis products.

The law still needs to be signed by the president Alberto Fernandez.

Lance Lambert, vice president of marketing and business development for the Nevada-based brand Green Broz Inc.said the country’s population of over 45 million is “one to watch and be ready to take advantage of when the time comes”.

The law passed the Senate last year, with broad support from state governors who are betting on cannabis to promote economic growth and sustainable development.

The agency will coordinate with state governments when and if cannabis and hemp licenses are approved, playing a lead role in the regulatory process.

Thursday’s decision in the Chamber of Deputies has been pending since July last year when, after being proposed by the national government, it was later blocked by the opposition due to disagreement over the details.

Representatives in favor of the bill stressed the importance of the legislation in ensuring safe access to health care, boosting economic benefits and exports, and diversifying economies beyond the central “Pampas” region.

Meanwhile, opponents of the bill have said the legislation expands government and challenges the imposition of a national cannabis tax. There were also cultural arguments against cannabis. Conservative members of the lower house have called the cannabis industry an “advancement in drug trafficking” and a legitimization of illicit substance use.

“This law provides for different types of authorizations and licenses. Priority will be given to projects that promote regional development and integrate SMEs,” said Rep. Mara Brawerco-sponsor of the bill.

There were a few surprises during the debate.

Rep. Martin Tetaz, a proponent of market deregulation and fiscal austerity, often maligned by the left, has come out in favor of the law and called for the legalization of recreational cannabis.

“I am for total legalization and against a ‘paternalistic state’. Society does not tolerate more bureaucracy,” Tetaz said in reference to the regulatory agency that will serve as the oversight body for the cannabis production chain.

Argentina’s cannabis market shows promising signs as gradual progress has been underway for several years. The Supreme Court decriminalized the use of small amounts of cannabis in 2009. In 2017, the country approved the importation of cannabis products with a doctor’s prescription, and in 2020 a bill allowed cultivation to home for medical patients.