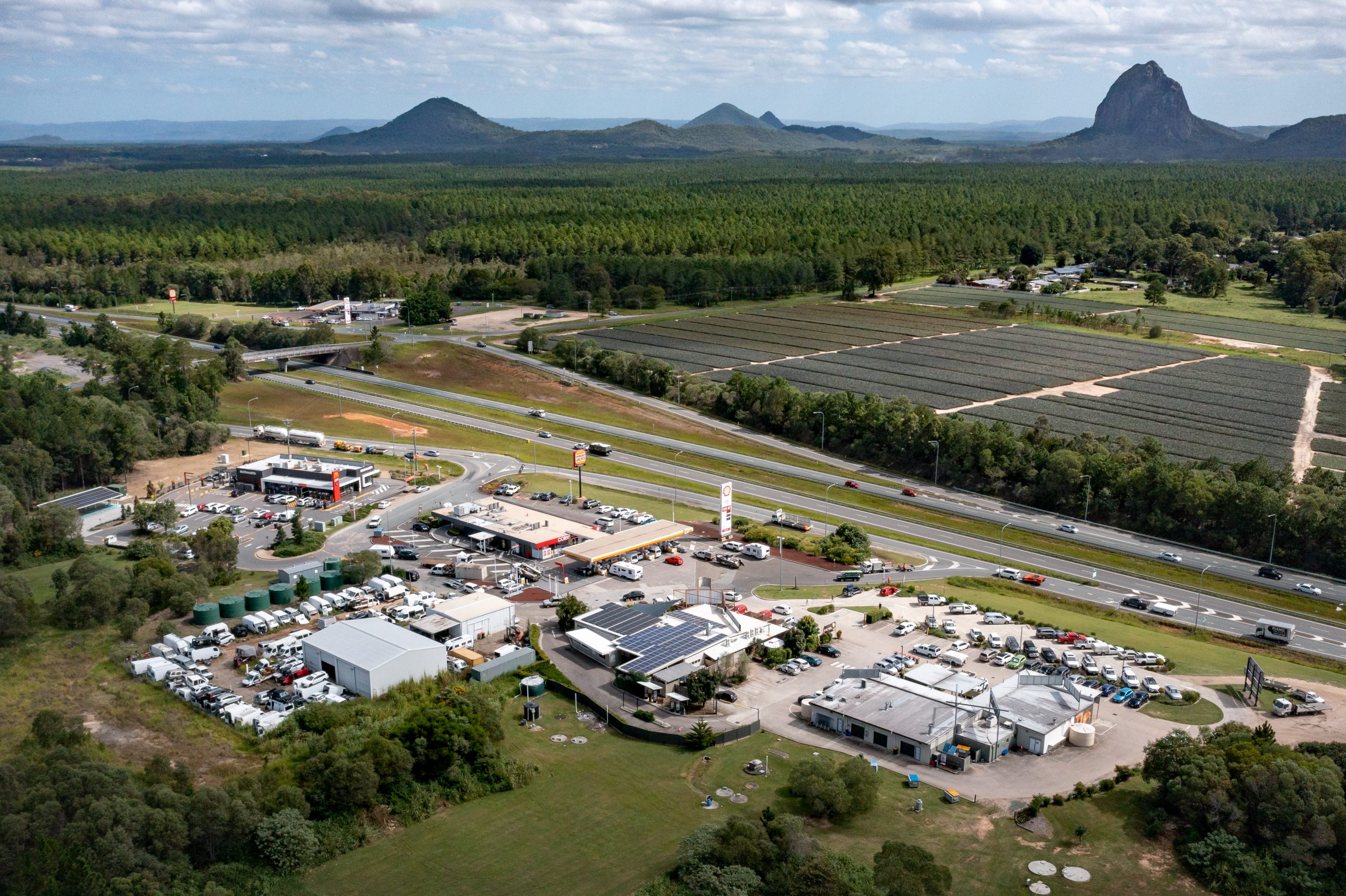 Moby Vic’s iconic boosters, which have fueled drivers on the Bruce Highway for more than 30 years, are ready for a multi-million dollar refit.

The dual-service centers at Glass House Mountains, founded by Vic Walker in late 1987, will be transformed into “state-of-the-art” traveler and truck stops at the entrance to the coast.

The sites were purchased from the Walker family in March for $25 million and will be spun off into a joint venture between Dexus Convenience Retail REIT (DXC) and developer De Luca Corporation.

The companies have announced their “exciting” plans to nearly triple the value of the two centers to $60 million.

When completed, they could be complemented by a new wave park proposed by Surf Parks Australia for a site adjacent to the northbound facility.

A master plan is underway for the new service stations and an application is expected to be made to the Sunshine Coast Council in July, with the first stage of the redevelopment due to start in late 2022.

Both are currently Shell Coles Express service stations with northbound Hungry Jacks and southbound McDonald’s, but are still known to locals by their original Moby Vic names.

The late Vic Walker – the ‘Vic’ of Moby Vic’s – was a very successful local businessman who founded Queensland’s first 24-hour service station in 1978 on the old Bruce Highway in Tanawha.

In 1987 he won the tender to build the fuel stop on the new four-lane Bruce Highway and moved to the current site on Johnston Road.

The petrol stations were owned by Moby Vic for decades before being leased to Mobil in 2000, which was later renamed Shell.

Vic’s wife, Jocelyn, a well-known philanthropist, has been part of the local community for nearly 40 years.

She is a strong supporter of RACQ LifeFlight Rescue, Steps Charity Sunshine Coast and Sunny Kids and is a longtime member of the Sunshine Coast University Foundation Board of Directors.

Want to stay up to date with local events? Get stories straight to your inbox by subscribing to our free daily newsfeed. All it takes is your name and email. See SUBSCRIBE at the top of this article

“The excess land together with the proposed surf park on the adjacent property offers immediate development and added value, on which we have already made solid progress with our partner De Luca Corporation.”

The companies behind the redevelopment promise an ethical and sustainable (ESG) approach in order to achieve “superior sustainability outcomes”.

“We will work with all stakeholders to explore future fuel and energy solutions for vehicles and buildings, and include these ESG initiatives in the redevelopment,” Mr. De Luca said.

“We are extremely excited to work with DXC and other stakeholders on such initiatives.”

The company has group revenue of over $250 million per year and a development pipeline of over $500 million.