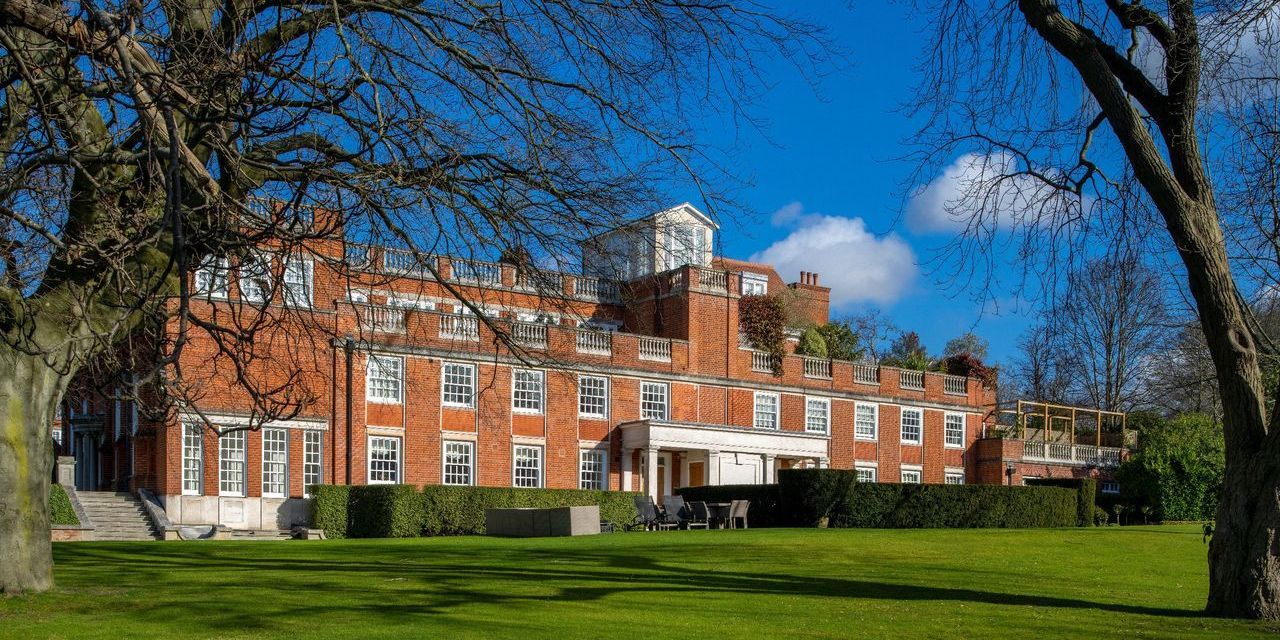 
A five-bedroom megamansion with sprawling grounds adjacent to London’s Hampstead Heath has gone on the market for £15million ($18.3million).

Known as Lawn House, the 8,262 square foot residence was created from the main wing of Inverforth House, a Grade II listed house which over the years has hosted guests such as Winston Churchill and Queen Mary, according to marketing materials.

After: A 13th century British convent comes on the market for £3.5million

“Lawn House is a truly unique family home, which combines private family lounging areas and large living spaces to entertain and impress visitors,” said Rosy Khalastchy, manager of Beauchamp Estates St. John’s Wood & Hampstead. “The house is set in the grandeur of the stately home and classical gardens of Inverforth House, one of Hampstead’s most famous residences, where royalty, famous politicians and London’s high society were entertained.”

The listing is jointly represented by Beauchamp Estates and TK International. After several weeks available off-market, the property went public last week, according to representatives.

After: Unique listings for the Tennyson family’s London estate for £17.5million

Inverforth House, a stately home in the Queen Anne Revival style, was built in 1895. After passing through a series of high profile owners, in 1955 it was bequeathed by the estate of the then owner, the tycoon of shipping Lord Inverforth, to the Industrial Orthopedic Society and converted to a 100-bed women’s hospital after his death, according to marketing materials.

The property was purchased by luxury developer Frogmore in the late 1990s, and the two main wings have been restored and converted into five-bedroom mansions, of which Lawn House is one.

The residence features many period details, including high ceilings, oak paneling, marble pillars and arches in the main hallway and reception area, and a curved stone staircase that cantilevered false framed from above by a glazed dome.

After: The European Union has overtaken the United Kingdom in house price growth since the Brexit vote

What was once the home’s ballroom has been converted into a grand reception and dining room with high ceilings and tall arched windows overlooking the property’s grounds, according to photos in the listing. The ground floor also features a double-height library and office, family kitchen and breakfast room, and a large home theater.

In addition to the three-bedroom suites with en-suite bathrooms, the house has a master suite which has its own bathroom and walk-in closet and opens directly onto two private rooftop terraces, according to the listing. . A main guest suite, with a living room and a dressing room, is located on the mezzanine.

The basement includes a “Hollywood-inspired” swimming pool and spa room, as well as a gym, showers and changing rooms.

The house’s extensive grounds include manicured gardens surrounding the house and a gate to the hillside garden and pergola, an 8-acre garden with an 800ft-long Grade II listed pergola which was once part of the from the estate, but was given as a gift and turned into a public park adjoining Hampstead Heath in 1960. Beyond Hill Gardens, residents can also directly access Hampstead Heath.

“Lawn House is one of the finest residences in the Hampstead Heath area,” TK International director Jeremy Karpel said in a statement. “This is a very special property in a historic and famous stately estate.”

The estate includes “24-hour porterage and security,” according to the listing.

The sellers, who could not be identified, bought the house in 2010, according to representatives. The previous purchase price could not be determined.