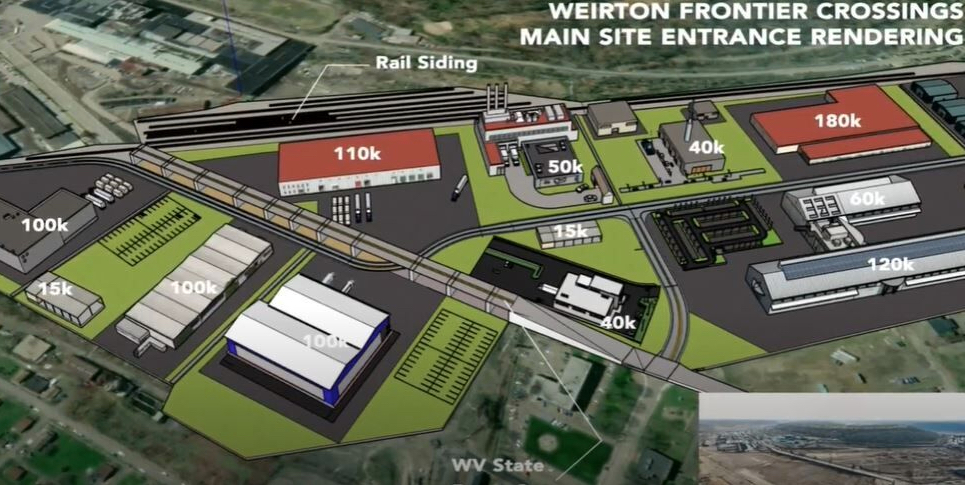 The property, now Weirton Frontier Crossings, previously housed a facility that employed over 13,000 people and produced over 5,000 tonnes of steel ingots per day. Local officials believe a company can use the location again with the potential to become a manufacturing center in Ohio’s Upper Valley.

“With more companies and more manufacturing coming back to this country, I think there are very good prospects for the future,” Capito said. “What they do to get it ready for the site is critically important.”

Access to the Ohio River and railroads helped the initial plant succeed. Weirton Town Manager Mike Adams noted that businesses can use these resources again.

“Once someone understands why this plant came here, they’ll understand that it’s a great place for the industry because it’s so close to all these intermodal opportunities,” he said.

The Frontier Group – a Buffalo, New York-based company focused on reusing industrial and commercial sites – purchased the property in 2017. Crews worked to prepare the industrial site for future recovery efforts. development ; the still and other structures have been removed, and several platforms are ready for industrial opportunities.

Part of the preparedness efforts will include upgrading surrounding infrastructure to support new industries. More than $25 million in federal dollars will be used to revitalize the region; funding comes from the $1.5 trillion spending package that Congress approved in March. Capito, Sen. Joe Manchin, DW.Va. ; and Rep. David McKinley, RW.Va., helped secure funding for the upgrades.

Adams added that he believes the facility can once again be a valuable asset to the community, and dedicated federal investment will help attract business.

“It could be a hub for industrial jobs. It’s a terrific combination of waterways, rail and road, and it deserves the money from the federal government,” he said.

EXPLAINER: Why the Battle for the Mariupol Steel Plant Matters