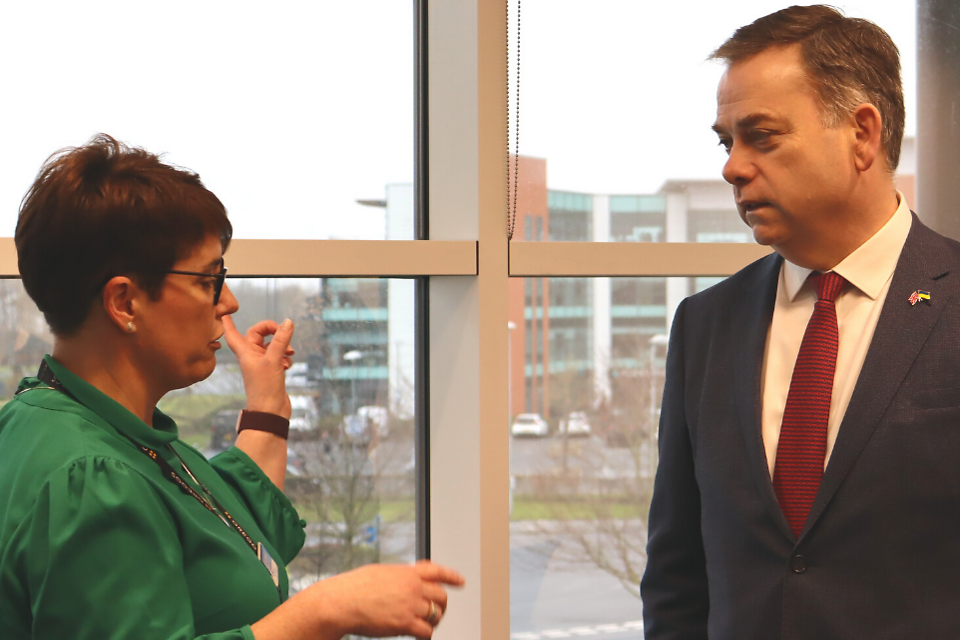 Yesterday Cabinet Minister Nigel Adams visited Greggs House in Newcastle to find out how the takeaway food retailer is investing in communities and helping to get people back to work.

During the visit, Minister Adams heard from a number of Greggs head office employees about the Fresh Start program which provides training and work experience for those transitioning to work, including those leaving care, people who have been unemployed for a long time or who have just left the armed forces or prison.

The minister also used the occasion to promote the government’s Places for Growth program which will benefit Newcastle and surrounding areas. The ten-year program will move 22,000 jobs out of London by 2030 to other parts of the UK by 2030.

The number of civil servants working in government offices in the North East has increased by 5.7% between 2020 and 2021. The scheme has also pledged to transfer over 350 roles to Tyneside by 2025.

As a leading company employing more than 25,000 people and operating more than 2,200 stores nationwide, Minister Adams heard from the leadership team, including Roisin Currie, CEO-designate, and Emma Walton, organization’s personnel director, talk about their ambitious plans to reach 3,000 stores and double Greggs’ sales over the next five years – which in turn will help deliver the governments upgrade agenda by investing in communities and creating thousands of jobs in all parts of the UK.

In November, the Department for Environment, Food and Rural Affairs (DEFRA) announced the establishment of a new central office in Newcastle upon Tyne, which will enhance and support close working collaboration and co-location between the existing Defra staff in Newcastle and the number of freelancers. corps colleagues.

The Departments of Business, Energy and Industrial Strategy (BEIS), Digital, Culture, Media and Sport (DCMS), DEFRA, Work and Pensions (DWP), Housing and Communities (DLUHC), Department of Justice (MoJ) and HMRC are all committed to growing their workforce in and around Tyneside.

Greggs is an iconic British company that hasn’t forgotten its roots and continues to support and create jobs for local communities across the UK.

The government is committed to fostering strong local growth through its Places for Growth strategy. There are already over 16,000 civil servants in the Tyneside area from at least 15 government departments, and it is essential that we continue to build a more diverse and inclusive civil service that reflects local communities across the UK. .

Although Greggs is a national company, the “local” nature of our operations means that we can have a hugely positive impact on the communities we serve by both providing employment opportunities, including those in need of more support through our Fresh Start program, but also through our long-standing partnership with the Greggs Foundation supporting initiatives such as the Breakfast Club program.

Our employees are what make our business successful and we pride ourselves on providing them with a great place to work. It was good to hear more about the upgrade program from the minister, and we support any positive steps taken to further promote equal opportunities for UK communities.

How to invest in REITs to build your portfolio