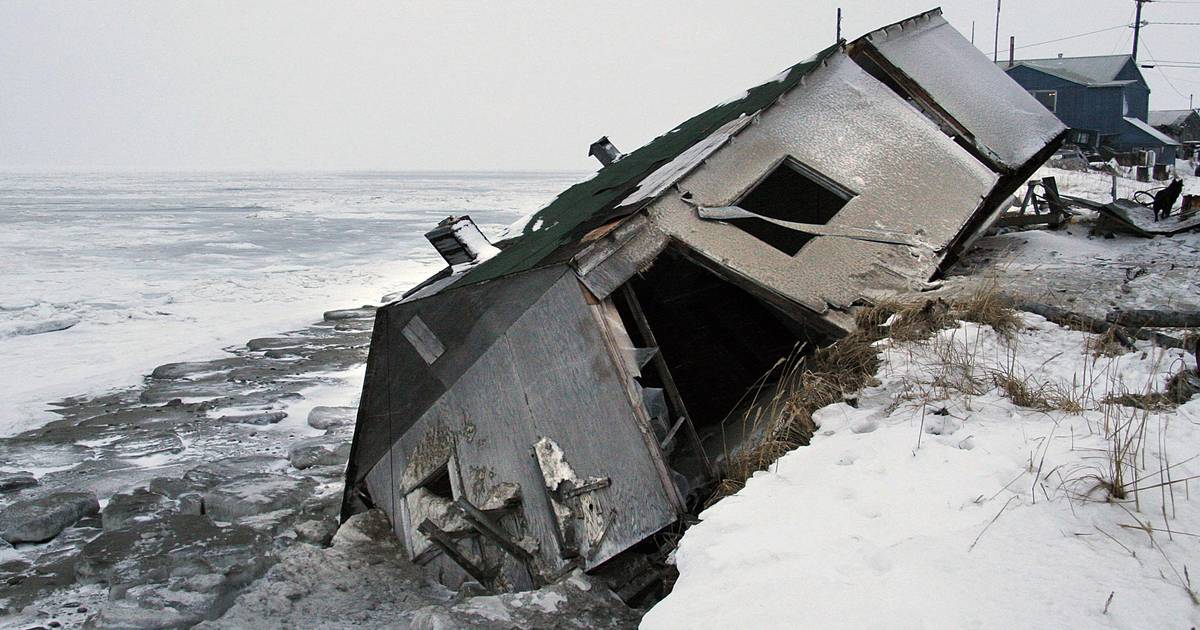 Alaska’s climate emergency is real, and we need to be realistic about it

The climate emergency in Alaska is real, as elsewhere. And we Alaskans need to be realistic about the challenges of climate change here. It is up to our generation, the climate generation, to move forward. The Glasgow World Climate Conference, where 200 countries are invited to present their plans to reduce greenhouse gas emissions by 2030, begins in early November. So now is a good time to take a look at climate change in Alaska.

We don’t yet know the full state of modern climate change or how best to deal with it – this discussion provides only limited insight into some aspects of this complex problem. But we know enough to get started.

In 2015, 196 countries adopted the Paris Agreement, an international treaty on climate change, a precursor to the Glasgow conference. These countries have agreed on a goal of limiting global warming to an increase of 2 degrees Celsius, and preferably 1.5 degrees Celsius, from pre-industrial levels. The aim is to use the best available scientific data to reduce the global amount of greenhouse gases, mainly carbon dioxide and methane emissions, in the Earth’s atmosphere.

Leading environmentalists say the Arctic is warming three times faster than the rest of the planet and that Alaska is on the front lines of climate change. Indeed, Alaska is warming faster than any other state. From the 1990s, high temperature records began to occur three times more frequently than low temperature records. Over the next 30 years, Alaska’s average annual temperatures are expected to increase by 2 to 4 degrees Fahrenheit.

This warming trend is causing more flooding, rising sea levels, warming oceans, thinning sea ice, coastal erosion and thawing permafrost. These incidents harm villages – around 45 villages may be threatened by a combination of these types of events – towns, businesses, personal homes, infrastructure and subsistence hunting. No significant part of Alaska is spared.

Permafrost is underlying about 85% of Alaska. Over the past several decades, permafrost has warmed up to 3.5 degrees Fahrenheit and Alaska’s permafrost is now essentially melting beneath our feet. We know the problem; we all drove on wavy Alaskan roads with bumps and dips caused by thawing permafrost.

On a larger scale, oil companies and commercial fishing, central parts of Alaska’s economy and other areas, are taking critical damage. The trans-Alaska pipeline, operated by Alyeska Pipeline Service Co., is a prime example. The intensification of flooding affects adjacent critical rivers. These events threaten to destabilize or destroy the pipeline. Laudably, Alyeska is installing floor coolers and building flood control walls. But these measures are only dressings on a situation which is progressively worsening. The refreezing of Alaska’s permafrost is ironically a telling metaphor for Alaska’s climate emergency.

Commercial fishing is another emblematic example. Warming trends in the southern Bering Sea appear to be pushing cod, pollock and crab hundreds of kilometers north into the cooler waters of the northern Bering Sea. Fishing boats now have to go much further and spend many more days at sea hunting fish.

Additionally, decreasing coastal ice reduces protection against larger storm surges that damage homes and buildings in many Native Alaskan villages, forcing some villages to relocate completely. Additionally, in July 2019, warming oceans pushed hot water into riverine fisheries, killing salmon before they could spawn in the Kuskokwim and Unalakeet rivers.

Government leaders have to face this. As an old-school Republican, I agree with the Conservative US House of Representatives climate caucus that “the climate is changing and a global industrial age that has brought prosperity to the world has also contributed to this change ”. Like the Conservative caucus, I prefer answers based on innovation and a free market strategy, but I recognize that we may need a multi-pronged approach. We don’t need to kill the economy. I believe we can generate fair solutions for all Alaskans and all sectors of our economy.

We need a representative in Congress who will prioritize climate change and explore creative decarbonization strategies involving innovative technology, responsible financial practices and carbon markets. Other possible strategies are solar, hydro and wind power. I have lived and worked in the Aleutians, Pribilofs and Bristol Bay – I know the Alaskan wind!

We are “faced with the fierce urgency of the present”. These challenges of climate change can seem overwhelming. Nonetheless, we are determined Alaskans and this is the last frontier. The native people of Alaska have been here for over 10,000 years and we have all endured many hardships over the years. We also have our noble young people, who see climate change not as a political issue but as a moral imperative, to energize and inspire us. There are all reasons to hope.

We are a state and a people. We can work together to fight this. Our generation has a responsibility to make a difference when it comes to a climate emergency. If not us, who? If not here, where? If not now when?

Gregg B. Brelsford is a next-generation Republican candidate for Alaska’s sole seat in the United States House of Representatives in the 2022 election. He competed in a Republican primary for the Alaska House of Representatives in 1994. Brelsford is a former Director of the Bristol Bay Borough and the Town of Dillingham (Acting). He is also a former CEO of the Aleutian Islands / Pribilof Associations, one of the state’s 12 regional tribal governing bodies. In addition, he served on the board of directors of the Alaska Federation of Natives. Brelsford now lives in Anchorage.

The opinions expressed here are those of the author and are not necessarily endorsed by Anchorage Daily News, which welcomes a wide range of views. To submit an article for review, send an email comment (at) adn.com. Send submissions under 200 words to letters@adn.com Where click here to submit via any web browser. Read our full guidelines for letters and comments here.